Toxic Oil Spill on the Lower Snake; What Next? 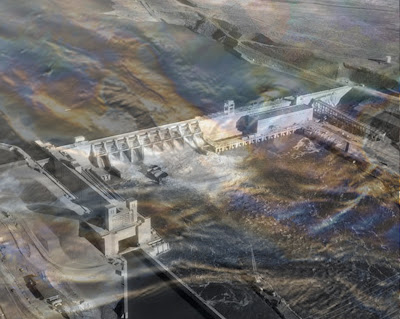 Last week, we heard some disturbing news about the lower Snake River, a critical migration route to some of the world’s best habitat for wild salmon and steelhead populations protected by the Endangered Species Act. Over 1,500 gallons of transformer oil (which is being tested for polychlorinated biphenyls, or PCBs) has been spilling slowly out of Ice Harbor Dam, likely since last June. The leak went undiscovered until this past December.

The Environmental Protection Agency is now investigating what appears to be an obvious violation of the Clean Water Act.

The news is disheartening for the conservationists, fishermen, businesses, and scientists that have long identified the removal of the lower Snake River dams as a critical component to achieving true salmon restoration in the Columbia and Snake River Basins. Economic and scientific analyses over the last ten years have highlighted the costs of aging infrastructure. And apparently, leaking transformer oil is not a new issue at all, but is a chronic problem about which the Army Corps of Engineers is well aware.

As they attempt fix the leaks (a difficult task considering the location and complexity of the powerhouse systems), this recent equipment failure raises real questions about the longevity of these structures and the real costs of maintenance going forward (Ice Harbor dam is rapidly approaching its 50th birthday).

Failed federal salmon policy in the Snake River Basin has cost American taxpayers and Northwest energy ratepayers literally billions of dollars. Recent reports point to a steady decline in barge transportation on the river in the last decade. The construction of a heavily subsidized barging corridor on the river was the primary reason for building the four dams in the first place. And now we also learn that the high-cost, low-value four lower Snake River dams are creating toxic oil spills.

When will it end?

It’s time for economics and science to win out over politics. Take Action Here. Please support our call for a new approach to Columbia Basin salmon restoration that could address, among other things, the growing problems we face as a result of steadily aging infrastructure.