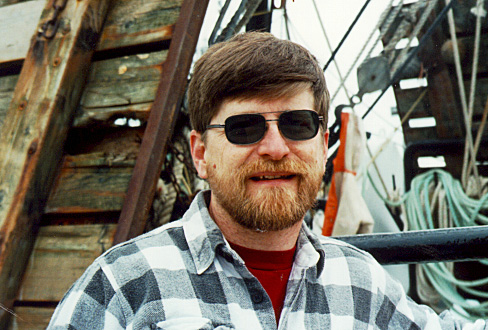 Orcas and commercial salmon fishermen share a common crisis — both need more adult Chinook salmon to return to the Columbia River; orcas to avoid starvation, fishermen to sustain their livelihoods and families.

Northwest orcas are starving and their population is declining — only 74 remain, in large part because their primary prey, Chinook salmon, have been pushed by dams, dewatering and habitat destruction to near extinction almost everywhere.

Salmon fishermen know this because for years, they too have seen reduced catches, reduced fishing seasons and spreading closures. Salmon fishermen too are now effectively an endangered species, and for the same reasons as orcas — their Chinook salmon prey are rapidly disappearing.

So, when six of the world’s leading orca scientists banded together recently and wrote to Washington Gov. Jay Inslee’s Southern Resident Killer Whale Recovery Task Force to share their conclusion that restoring Snake River spring Chinook is critical to preventing orca extinction, salmon fishermen from Astoria, Ilwaco and other coastal communities took note. These scientists are talking about their futures as well.

Since the mid-1990s, salmon scientists have said the single biggest step we can take to restore healthy salmon runs in the Snake River is to remove four low-value, high-cost dams on the lower river above its confluence with the Columbia. This step has been vigorously opposed by those who benefit from status quo dam operations.

A recent analysis by Energy Strategies, a Utah-based consulting firm that primarily works for utilities, concluded that the power these four dams combined produce could readily be replaced with clean energy and conservation, with little or no increase in greenhouse gas emissions, and at a low cost to consumers — about $1.25 per month on the average bill. The economic costs of these lower Snake River dams, in terms of thousands of lost salmon-based jobs (in Astoria and elsewhere), costs the region staggeringly more.

Once, the hydropower produced by the four lower Snake River dams was useful and valuable. But over the past 17 years, the average annual 943 megawatts these dams produced was actually “surplus power,” amounting to less than 4 percent of the total power generated from the Federal Power System, which today generates a 17 percent energy surplus. The Northwest is so awash with surplus power that it can often be sold only at a net loss. In other words, instead of making money on it, the Bonneville Power Administration often has to pay California and other states to take it! In short, as power producers, the four lower Snake River dams are now economically obsolete.

The dams’ agriculture transportation functions are also replaceable. U.S. Army Corps of Engineers data show barge shipping on the lower Snake has been in steady decline since at least 2000, so much so that, under Corps’ criteria, the lower Snake would today be classified as a “low use” waterway.

Today, the only thing shipped by barge on the lower Snake waterway is grain, chiefly wheat. But increasingly, wheat is being transported by rail. In fact, because of increased rail efficiency, more wheat is going to market by train every year. It is only massive subsidies that keep barge shipments economically viable at all.

Removing the lower Snake River dams would require some reinvestment in rail capacity, but doing so would improve efficiency even more. It could even cut greenhouse gas emissions by reducing the distance grain has to be moved by truck, which is both costly and highly polluting. And grain could still be moved by barge on the Columbia from the Tri-Cities to Portland, an economic opportunity for the Tri-Cities, an area that was a booming grain shipment port before the Snake River dams were built in the 1960s — and could be again.

So where does this leave us? As a region, do we continue failed policies that push the orcas, and salmon fishermen and their communities, further toward extinction? Or do we want to do something to save them both?

The message couldn’t be clearer: it is past time for bold action to bring back the Chinook salmon that sustain mother orcas and their pods as well as salmon-dependent human communities. And the biggest champions should be salmon fishermen, sport and commercial alike, who depend on bringing back the same Chinook the orcas so desperately need.

Many fishermen are already at the forefront of salmon restoration efforts, through organizations like Salmon for All and the Pacific Coast Federation of Fishermen’s Associations. But we’re at a tipping point. If we don’t take steps like removing the lower Snake River dams soon, we risk losing our orcas as well as our own salmon heritage and the lives, communities, cultures and jobs salmon support.

It’s time we all raised our voices to insist that we can restore the Snake River, find ways to meet the legitimate needs of those who also depend on it, whether for power or irrigation, and bring back our salmon. Please be part of that effort.

Glen Spain is the northwest regional director of the Pacific Coast Federation of Fishermen’s Associations, a trade association for commercial fishing families on the West Coast.