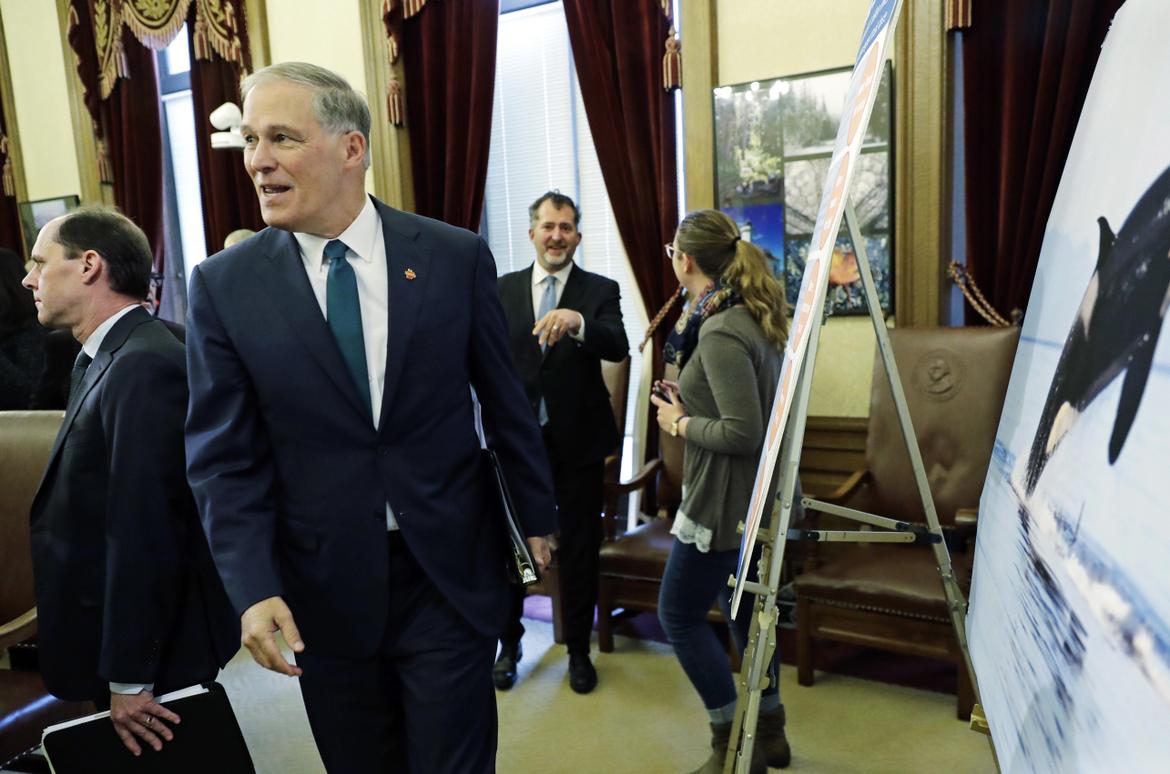 Olympia - A small part of Gov. Jay Inslee’s $54.3 billion budget is a study of whether removing federal dams along the Snake River would help the region’s efforts to save salmon, and with them, orcas.

But the $750,000 proposed for a task force to review breaching and other options for the four dams may generate controversy way out of proportion to its share of the overall budget.

Less than two hours after Inslee mentioned the task force as part of his public presentation of the budget, Eastern Washington’s two Republican members of the U.S. House of

Representatives were criticizing the proposed review as a waste of tax money, noting that the question of breaching was beyond Inslee’s authority.

“We commit to do everything in our power to save our dams,” Reps. Cathy McMorris Rodgers and Dan Newhouse said in a news release.

The prospect of dam removal is the source of long-standing arguments between environmentalists and farmers, Democrats and Republicans, urban and rural residents. It could also be at odds with one of Inslee’s other key goals for his upcoming budget.

Inslee wants to minimize the use of fossil fuels to generate electricity, having the state rely more on renewable sources that don’t create carbon pollution that contributes to climate change. Hydropower is one of the key carbon-free sources of electricity in the Northwest.

Inslee acknowledged the dichotomy between the two goals in a news conference. He said he wasn’t calling for dam removal but rather assigning a task force to lead a process of discussing options that would help formulate the state’s response in an environmental impact statement ordered by a federal judge.

The task force would look at the costs as well as the benefits of different alternatives, not just dam removal. But it would consider how the power generated by those dams might be replaced with other sources like wind and solar, as well as other options to the navigable transportation the dams provide for barges carrying cargo from Lewiston to port cities closer to the Pacific Ocean.

The task force will hold public “community conversations” around the state, starting in July, with a goal of having information to Inslee by next November, said J.T. Austin, his senior policy adviser on natural resources.

The question of dam removal has been studied multiple times, but this will be a chance to hear from the communities, Austin said. The decision to remove them would be up to Congress, not the governor, she added.

“There are still a lot of questions to be answered, and a lot of consensus to be built,” Inslee said.