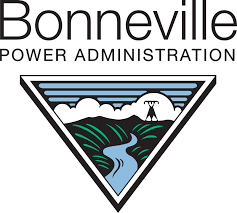 As progressive and centrist Democrats edged closer to a deal this week on a roughly $1 trillion infrastructure bill, Congress is poised to pass a bill with big implications for the Northwest, letting the cash-strapped Bonneville Power Administration borrow an extra $10 billion to shore up an agency that provides more than a quarter of the region’s electricity.

The provision authored by Sen. Maria Cantwell, D-Wash., is part of the infrastructure package that passed the Senate with bipartisan support in August. Proponents say the move is necessary to let BPA modernize its aging infrastructure – including 31 hydroelectric dams and 15,000 miles of transmission lines across the region – but critics say the money will prop up an unsustainable status quo for the agency that is also charged with leading fish recovery efforts.

That effort to restore the salmon and steelhead runs that thrived before the dams arrived has cost BPA more than $17 billion over four decades, the most expensive ecological recovery project in the nation’s history. Along with rising maintenance costs and falling prices of competing energy sources like wind and solar power, those expenses have left the federal energy giant deep in debt.

BPA spokesman Doug Johnson said the funds would give the agency “flexibility and future funding certainty to meet our near-term and future capital funding levels,” but added that “it doesn’t change our focus on our long-term financial goals.”

Language Cantwell added to the bill through an amendment more than doubles BPA’s credit limit from its current $7.7 billion to $17.7 billion, while requiring the agency to submit a financial plan by the end of September 2022 that maps out how it intends to dig itself out of debt. In addition to maxing out its current federal borrowing limit, other loans bring BPA’s current total debt to $14.5 billion, Johnson said.

Scott Simms, executive director of the Public Power Council, a Portland-based trade association that represents about 100 public utilities that buy electricity from BPA, said the funds will let the agency make important improvements without costing taxpayers, since BPA is required to pay back the loan with interest.

“We in Northwest public power are extremely grateful for Senator Cantwell’s leadership and understanding of the need for BPA’s enhanced borrowing authority to meet the region’s energy demands of the future,” said Simms, whose organization represents Inland Power and Light, Kootenai Electric and several other utilities in the Inland Northwest.

When she introduced her amendment July 14, Cantwell told the Senate Energy and Natural Resources Committee that while BPA is essential to the Northwest, its lack of transmission capacity has caused problems like the rolling blackouts that hit Spokane in June.

“This provision will greatly boost the reliability and resiliency of the Northwest grid and help us meet the net-zero goals moving forward without making taxpayers pay,” she told the panel. “So I think it’s a pretty good deal.”

While Cantwell framed the credit boost as a no-brainer and the committee approved it by a voice vote, indicating no real opposition, environmental groups say the move will perpetuate a system that has left salmon and steelhead runs dangerously close to extinction, especially on the Snake River and its tributaries.

“I think it shows that lawmakers are trapped in the past, just like the Bonneville Power Administration is,” Justin Hayes, executive director of the Idaho Conservation League, said of the credit limit increase.

BPA says it intends to use the funds to do just the opposite – updating infrastructure built as early as the 1930s – but Hayes said Congress should have attached conditions to the legislation beyond the requirement to submit a new financial road map.

“If that were true, why are they giving them a blank check instead of explicit marching orders?” Hayes said. “It keeps the BPA and the hydro system operating in a way that harms fish, violates treaties and … blocks the development of diversified renewables distributed across the Northwest by other entities.”

Chris Wood, president and CEO of the nonprofit Trout Unlimited, said that while BPA biologists have done important work to restore fish habitat, those efforts alone are not sufficient to save Snake River salmon from extinction.

“The BPA fish and wildlife program has done a tremendous amount of good, in terms of coming up with creative ways of managing water, of doing fish habitat restoration,” he said. “But I don’t know anyone who could claim that their record on salmon recovery has been a success.”

Like Hayes, Wood said he favors a more comprehensive plan – along the lines of the framework Rep. Mike Simpson, R-Idaho, released in February – that involves breaching the four Lower Snake River dams to restore the river’s natural flow between Lewiston and the Tri-Cities. Simpson’s proposal called for increasing BPA’s borrowing authority from $7.7 billion to $15 billion as part of a broader plan to replace the benefits of those dams for irrigation, transportation and hydropower.

Breaching the Lower Snake dams, Wood said, is a “golden key” that would unlock the full benefits of all the habitat restoration BPA has done.

“The genius of what Congressman Simpson is trying to do is that it’s sort of forcing everybody to the table by addressing the issue comprehensively,” he said. “When you try to piecemeal this, eventually you’re going to … take away the incentive for people to come to the table.”

Bill Arthur, who leads the Sierra Club’s Snake River Salmon Campaign and spoke with Cantwell’s staff while they were crafting the BPA amendment, said his organization is “not opposed to an increase in borrowing authority per se,” because the extra money can be used for investments they support like transmission upgrades and grid modernization.

But the Sierra Club opposed the legislation, Arthur said, because of what it saw as a rushed process that left out language to make BPA more accountable to tribes and conservation groups. The legislation requires the agency to “engage … with customers with respect to a draft of the updated financial plan” without mentioning tribes or other stakeholders.

“From our point of view, the language is premature and badly skewed to just one set of interests – BPA utility customers – at the expense of other stakeholders: the tribes and fish and wildlife,” Arthur said.

While current law already requires BPA to consult with tribes, Cantwell filed another amendment when the infrastructure bill reached the full Senate floor that would have more explicitly directed the agency to engage with tribes and other stakeholders. That amendment also would have required BPA to ensure any modernization work wouldn’t impact fish, water quality or compensation payments owed to the Spokane and Colville Tribes.

While that amendment also had the support of the Public Power Council and environmental groups, Republican objections ground the amendment process to a halt before the Senate could consider it.

Despite those objections, House Democrats from the Northwest have been silent on the BPA provision ahead of a vote on the infrastructure bill. The Spokesman-Review asked every House lawmaker from Washington and Idaho, plus three Oregon representatives whose districts border the Columbia River, whether they supported the provision increasing BPA’s borrowing authority.

Of the Democrats, only Rep. Rick Larsen of Everett confirmed through a spokesman that he supported the measure, along with a general statement explaining his support for the infrastructure bill as a whole “because it puts Washingtonians back to work, ensures critical local projects stay on track and builds a greener national transportation network.”

Two Republicans, Reps. Cathy McMorris Rodgers of Spokane and Jaime Herrera Beutler of Battle Ground, said they support the increase to BPA’s credit limit while opposing the infrastructure bill as a whole.

“One thing is clear, ratepayers in the Pacific Northwest are overpaying,” McMorris Rodgers spokesman Kyle VonEnde said in a statement. “While Cathy supports measures that will correct the long-standing imbalance, such as increasing BPA’s borrowing authority, she believes the approach must be holistic and advance the goal of achieving a fair treaty.”

Both McMorris Rodgers and Herrera Beutler blamed rising BPA energy prices on the Columbia River Treaty, which requires BPA to pay Canada for the water it uses to generate power, and the billions the agency has been required to spend on fish recovery efforts.

“I support giving BPA the tools that allow it to continue operating the carbon-free hydropower system that is the beating heart of our region’s employers and residences, while also moving us toward a more fair Columbia River Treaty that could remedy the pressures that have led to imbalanced finances,” Herrera Beutler said in a statement, explaining that she would have supported the infrastructure bill if Democrats hadn’t linked it to a separate spending bill they plan to pass without Republican votes.

Ultimately, Arthur said, the ability to take on additional debt could make BPA even more central to ongoing efforts to restore salmon runs.

“The silver lining is the BPA can no longer plead poverty,” he said. “They now have money that could actually be used to help defray the costs” of eventually removing the Lower Snake dams.

Congress previously increased the cap on what BPA could borrow from the federal government to $4.45 billion in 2003 and to the current $7.7 billion limit in 2009. A provision in the infrastructure bill prevents BPA from borrowing more than $6 billion by fiscal year 2028, a crucial year for the agency when many of its current contracts with utilities are set to expire.

Orion Donovan-Smith's reporting for The Spokesman-Review is funded in part by Report for America and by members of the Spokane community. This story can be republished by other organizations for free under a Creative Commons license. For more information on this, please contact our newspaper’s managing editor.