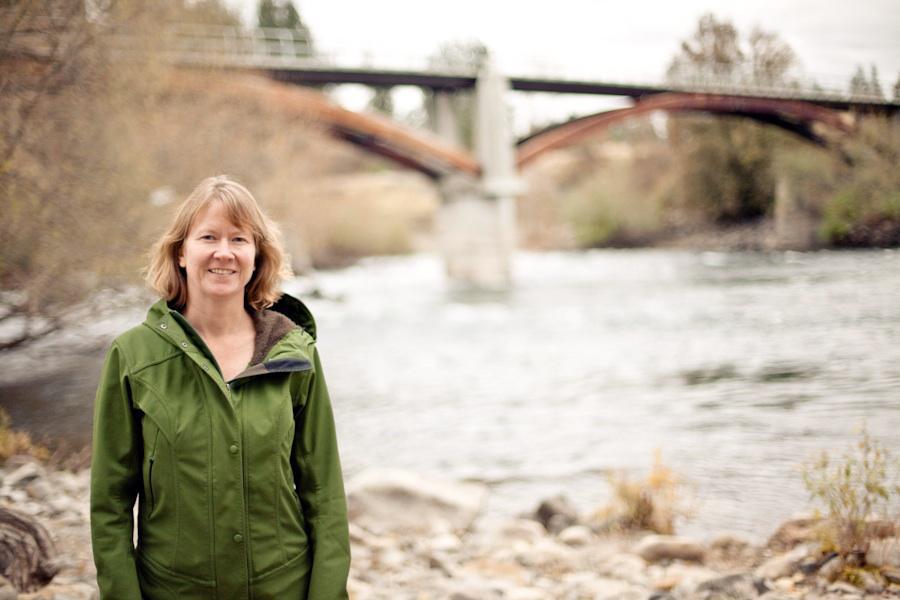 The meeting is free and open to the public.

Sam Mace, the Inland Northwest director of Save Our Wild Salmon, will be the featured speaker at the Spokane Canoe and Kayak club’s February meeting.

Mace has spent much of her professional life fighting for a free-flowing Snake River.

While removing the four dams on the lower Snake River is a contentious and decades-long debate, Mace argues in recent years its gained critical momentum.

She and others argue that removing those dams would save staggering steelhead and salmon populations and have minimal impacts on power production or agricultural shipping.

Opponents of removal argue that the dams provide cheap and clean power and help farmers transport crops. Removal, they say, would have a deleterious effect on the local economy.

Below is a lightly edited Q&A with Mace in advance of her Feb. 24 talk.

Q: Why should Canoe and Kayak Club members (and outdoor enthusiasts more broadly) care about the Snake River dams?

A: If you love rivers, you know how important they are for recreation, fish, wildlife and local economies. Restoring the lower Snake River represents an unparalleled opportunity to increase river-based recreation in Eastern Washington.

A: We are engaging with local communities to envision a free-flowing, 144-mile river corridor and 14,000 acres no longer under water. These lands once supported important bird and wildlife habitat, beautiful swim beaches, river recreation, fishing, agriculture and includes places culturally important to tribes. Economic studies show that a restored river would bring hundreds of millions of dollars into our regional economy and rural towns. Let’s imagine Clarkston and Lewiston with a revitalized free-flowing waterfront. Let’s think big.

Q: This is a decades-long debate. What, if anything, has changed in the past several years?

A: So much! The discussion is completely different from 20 years ago. The Northwest has now experienced several successful dam removals that dramatically restored rivers and fisheries, including the Elwha dams on the Olympic Peninsula. People aren’t afraid anymore to ask, “Does this dam still make sense?” Many still do, but some do not.

On the lower Snake, the dramatic decline in the benefits these aging dams has really changed the conversation. More people are asking whether it is worth investing in the maintenance and repairs needed on these aging dams. There are alternatives.

Third, the continued Puget Sound orca deaths and struggling salmon and steelhead runs have made the need for real action ever more urgent. We now know our orcas feed on Columbia salmon and that our best shot at getting starving whales more food is restoring the Snake River. People across the region are calling for action to save these Northwest icons. Closer to home, the loss of fishing seasons has hit outfitters and rural towns hard. People in these communities are stepping up to defend their livelihoods.

One encouraging development is more elected leaders are stepping up to a discussion on salmon restoration that supports all options on the table, including dam removal. Governor Inslee is wrapping up a regional stakeholder process that brought people together for dialogue. Idaho Republican Congressman Mike Simpson has put all options on the table in his commitment to restore Idaho’s salmon. The conversation has changed.

Q: What about the hydroelectric power produced by the dams? And the barge traffic? How can those losses be offset?

A: Our changing Northwest energy portfolio has made the power replaceable with grid investments, renewable and other improvements. Barging has steeply declined as more shippers move to rail and truck. We want to work with shippers to secure transportation upgrades that provide a more modern transportation system. Done right, everyone can end up better off.

Q: What’s next in your effort to remove the four dams?

A: The federal agencies will release their draft plan for salmon and dams at the end of this month with a 45-day public comment period to follow. Public hearings are scheduled for March, including Spokane. We need people turning out to support a restored river and demanding real action from our elected leaders.