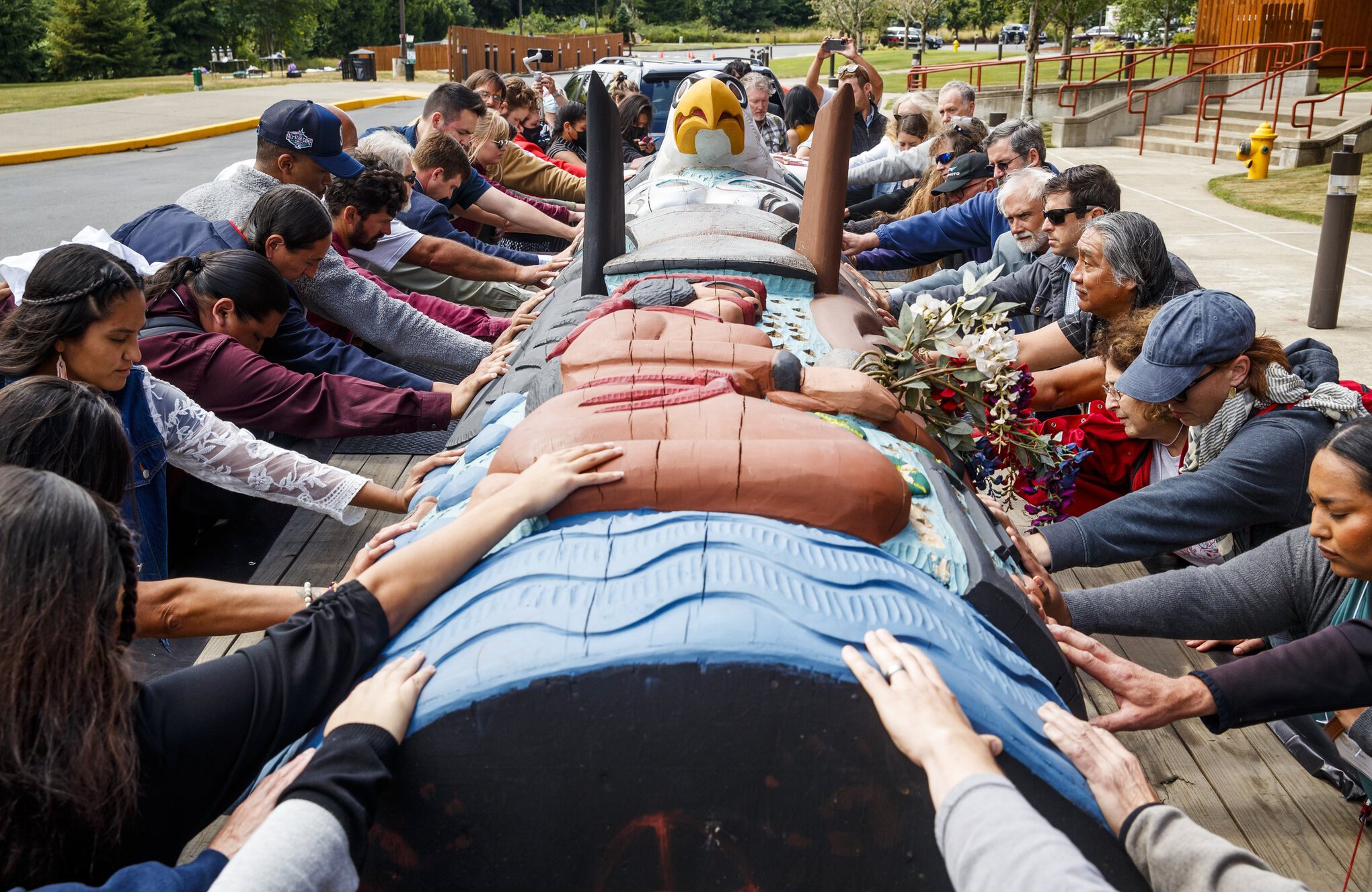 SQUAXIN ISLAND RESERVATION, Mason County — In a historic gathering of more than 15 Indian nations, tribal leaders from around the Northwest called for immediate action to save endangered orcas and the salmon they depend on.

The call for salmon and orca recovery was joined by U.S. Sen. Patty Murray and Gov. Jay Inslee of Washington, who each stated dam removal on the Lower Snake River, a tributary of the Columbia, must remain on the table and a comprehensive solution quickly reached to save salmon and orcas from extinction.

Their statements were delivered at the Salmon Orca Summit here, co-hosted by the Nez Perce Tribe and Affiliated Tribes of Northwest Indians, representing more than 50 Indian nations.

From the interior of Idaho all the way to the coast and everywhere in between, tribes gathered Wednesday and Thursday in a show of unity behind a dam-busting proposal by GOP Rep. Mike Simpson of Idaho. His Columbia Basin Initiative would take down the four dams on the Lower Snake River and replace their benefits, with billions of dollars of investment in a new future for the Pacific Northwest.

Simpson, present for both days of the summit, said that the time is now to make whole tribes that are unable to enjoy a way of life guaranteed forever in the signing of the treaties with the United States in 1855. The ability to harvest salmon has always been at the heart of the cultures their ancestors sought to preserve.

Salmon recovery is not just about removing four dams, it is about restoring a way of life, said Devon Boyer, chairperson of the Fort Hall Business Council for the Shoshone-Bannock Tribes in southeast Idaho. It was the Sho-Bans who petitioned for listing the first salmon under the Endangered Species Act in the Columbia-Snake river system, 30 years ago this year.

Neither Snake River sockeye, nor any of the other 12 runs of salmon and steelhead since listed for protection under the ESA in the Columbia and Snake, have recovered despite more than $17 billion spent to save them. Southern resident orcas, which depend on Chinook from the Columbia and Snake, also continue to decline. There are only 75 left.

Climate change is raising the stakes, even as increasing frustration over a long- running legal battle in federal court to save the fish continues to roil the region.

Inslee, in a statement made by a video call, said work must get underway urgently to identify ways to replace the services of the dams so next steps can be taken toward a comprehensive solution for salmon recovery.

Inslee and Murray reiterated at the summit that such a solution must honor treaty rights, protect access to low-cost power, and make sure farmers can affordably get their products to market and continue irrigators’ ability to farm.

“We should be committed to getting down to business to determine what can provide the services these dams provide, so we can define how to replace these services so we can build support in our communities for taking the next steps in the dam breaching discussion,” Inslee said.

Both he and Murray, who made her comments through a statement read by her state director, thanked Simpson for putting the issue front and center in the region. Gov. Kate Brown of Oregon and Rep. Earl Blumenauer, D-Ore., appeared by a video call to support the Simpson proposal and funding to pay for it.

In a prepared statement, Sen. Maria Cantwell, D-Wash. said, “We have a legal and moral duty to recover our beloved salmon and orca populations and work collaboratively with Tribes to meet our sacred treaty obligations.”

Read the full article and photos here on the Seattle Times website.