Seattle Times: Attendees criticized NOAA for coordinating the now-canceled rescue effort of the orca J50 with SeaWorld, the entertainment park that had for decades profited from capturing the animals for use in its aquariums. 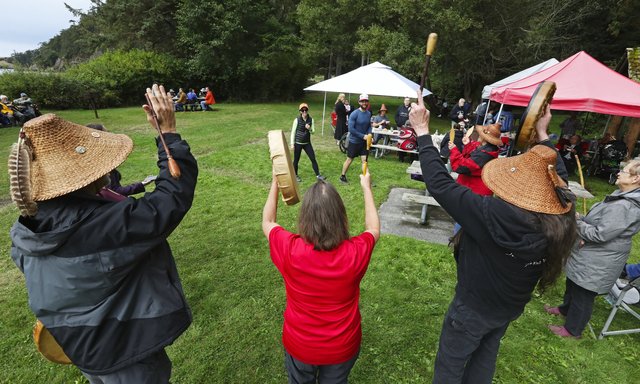 Scores of local residents condemned the federal agency in charge of protecting local killer whales in two packed public meetings over the weekend, highlighting growing frustration after the deaths of three of the animals this summer.

The endangered southern resident killer whales, of which just 74 remain, aren’t getting the help they need from the National Oceanic and Atmospheric Administration, speakers said at a Saturday meeting in Friday Harbor and another the following day in Seattle. The agency has also not been transparent in its efforts to bring the mammals back from the brink of extinction, they added.

The public hearings were initially planned to discuss an emergency rescue plan for J50, a southern resident killer whale that was critically ill before being presumed dead on Thursday. Speakers demanded that NOAA take drastic steps to save the orcas, including shutting down fishing for Chinook, creating a whale sanctuary in known foraging areas so the orcas can hunt without vessel traffic, and breaching the Lower Snake River Dams to boost fish returns for the whales. Attendees criticized NOAA for coordinating the now-canceled rescue effort with SeaWorld, the entertainment park that had for decades profited from capturing the animals for use in its aquariums. Lynne Barre, director of southern resident recovery for NOAA, said the agency wanted to take advantage of SeaWorld’s “expertise and resources.”

“NOAA has a huge credibility problem with the southern residents. You have known for over a decade they don’t have enough food and now SeaWorld is involved,” Sandy Wright, a Seattle resident, said at the Sunday meeting. “We will not be silent while SeaWorld tries to repair their reputation using the southern residents once again for their own selfish greed.”

SeaWorld was a customer for many members of J Pod, one of the three families that make up the southern residents, which were hunted for aquarium display in the 1960s and 1970s, according to historian Sandra Pollard, author of “Puget Sound Whales for Sale.” All except one of the animals taken during that time — a third of the pods — have since died. Orca whales in the wild have similar life expectancy to healthy humans, with some living to be more than 80 years old.

NOAA never intended to put J50 in captivity, and its efforts were only intended to get the animal back to health and into the wild, Barre said.

“I hear a lack of trust with NOAA,” Scott Rumsey, deputy regional administrator for NOAA Fisheries West Coast Region, said at the Sunday hearing in Seattle. “The only way we can improve that trust is for you to engage and for us to listen … I promise to you right now I am here because I want to build that trust.”

Agency officials present in both hearings said that they haven’t done enough, despite the start of recovery efforts in 2005, when the southern residents were declared an endangered species. Three of the animals have either died or were presumed dead this summer, including L92, a 23-year old male who was declared missing then dead in June. Last month, a calf died within minutes of being born, while J50 was presumed dead last week after going missing.

In a community grieving ceremony for the whales by the Samish Nation in Bowman Bay, mourners  paddled offerings of salmon in a canoe out to the waters of the Salish Sea, to honor the whales’ spirits amid song and prayer.

“I look at 2018, and I hope this is the low point,” Barry Thom, regional administrator for NOAA fisheries West Coast Region, said at the Friday Harbor High School hearing. “The clock is running out on killer whale recovery, and it is heart wrenching to see.”

Curtis Johnson, one of the attendees at the Seattle meeting, was one of many that backed the idea of pushing for big changes from dam breaching to fishing shut downs to save the southern residents.