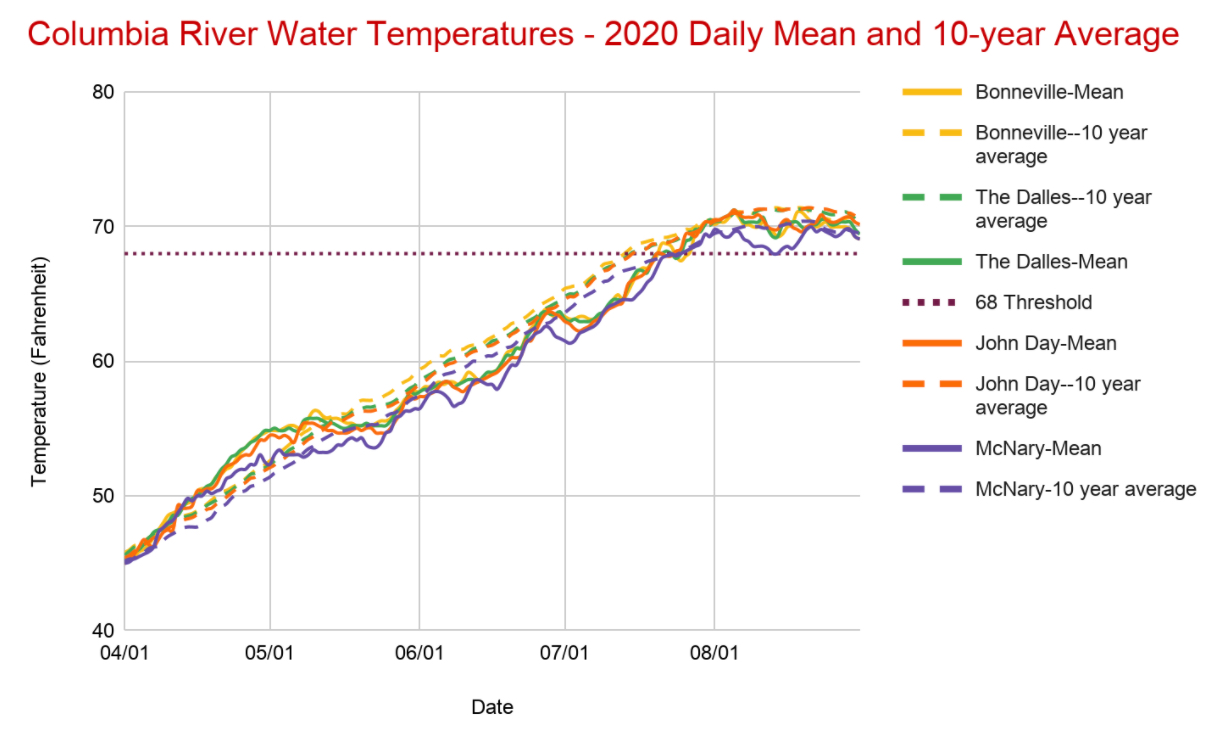 PORTLAND, Ore. -- Salmon in the Columbia River basin have been feeling the heat -- and experts say it's pushing fish species to the brink of extinction.

Brett VandenHeuvel, executive director of Columbia Riverkeeper, said temperatures in the Columbia this summer have been above 68 degrees, a critical threshold for cold-water salmon that can lead to massive die-offs.

"If we had a spill of oil that killed 90% of a salmon run, people would be up in arms," said VandenHeuvel. "But it's happening silently because hot water is flying under the radar."

VandenHeuvel said the dams in the basin are the main cause of warmer water. The Washington state Department of Ecology has notified federal managers that the dams are in violation of water quality standards for temperature.

Jay Julius is a commercial fisherman and member of the Lummi Nation. He said high water temperatures have devastated salmon runs in the past.

The fish are an important nutrition source for Northwest tribes as well, and Julius noted they have a deep meaning for Lummi Nation members.

"We've been farmers of the rivers and farmers of the sea since, for us, the beginning of time," said Julius. "That's really who we are, and it's our identity. Culture is fish and fish is culture."

Julius said the rivers weren't created to be turned into lakes from the dams. He said he believes it's important to listen to the people indigenous to this region.

"It doesn't take rocket science to figure out the solutions to fix the wrongs that we've done, and that we've witnessed," said Julius. "I think we all need to come together and just use common sense."
VandenHeuvel added the hot water is an urgent situation, especially on the Snake River.

"Snake River sockeye are hanging on for dear life right now," said VandenHeuvel. "And dam removal of the four lower Snake River dams is necessary to save that species from extinction."