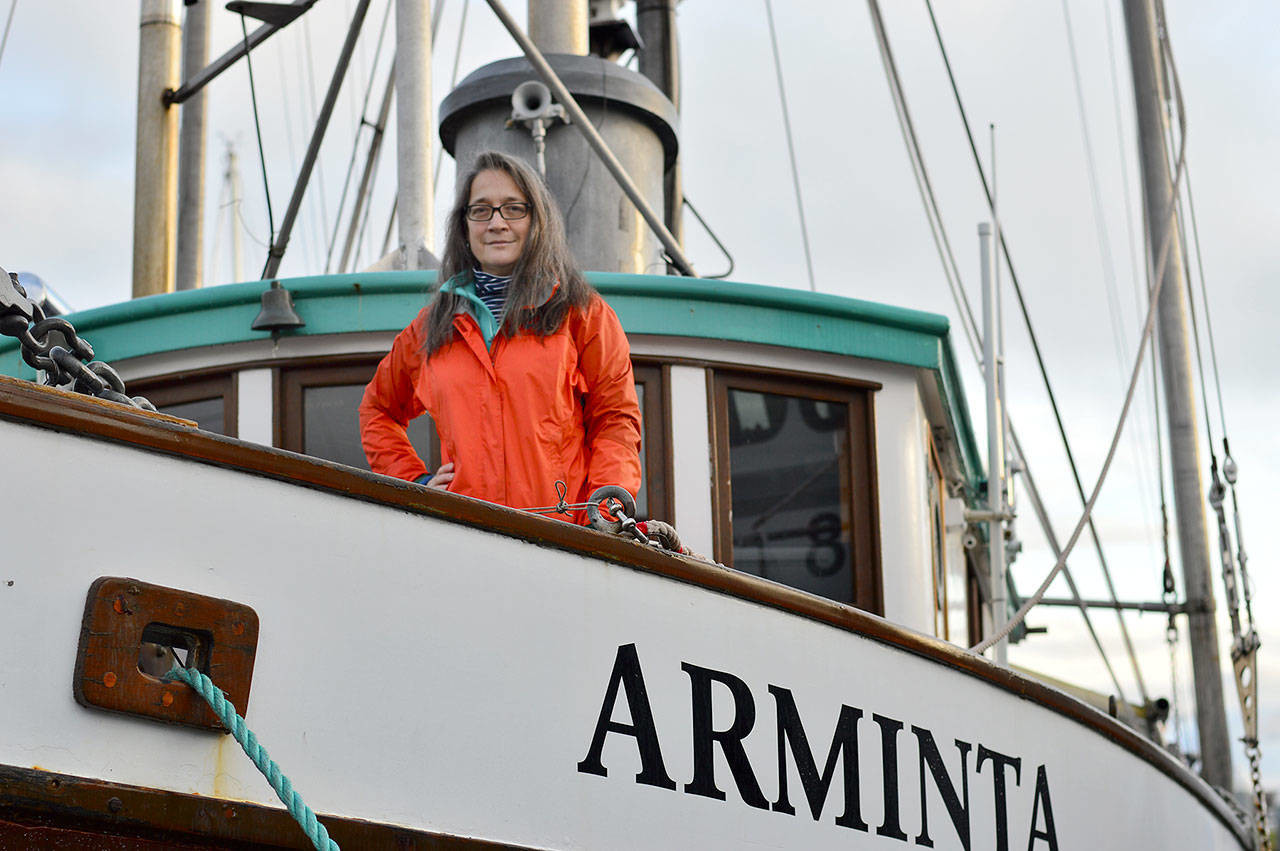 It’s a “pinch me, this is real” moment, said Amy Grondin.

July through September, the Port Townsend resident fishes for salmon in the waters off Washington and Alaska. This time of year, she’s an activist for restoration of fish populations, which she said are critical to the North Olympic Peninsula’s economy.

Those populations are suffering, Grondin said, as are fishermen.

So when she heard Republican U.S. Rep. Mike Simpson of Idaho announce a proposal to breach all four Lower Snake River dams — infamous for blocking salmon passage — she saw a ray of hope.

Titled the Columbia Basin Fund, the plan calls for replacing the dams’ hydroelectric energy production with other sources. The fund also would ensure that flood control, farm irrigation and grain transportation are addressed — all to the tune of $33 billion.

It will take an Act of Congress to make such a plan reality, just as it took that to bring the Elwha River dams down earlier this century. In a video on simpson.house.gov, the representative asks a series of questions, including:

“What if the dams came out?”

“What if we created new economic engines for our communities?”

Simpson, a member of Congress since 1999, adds he’s conducted more than 300 meetings with people on all sides of the salmon-dam issue before developing his plan.

“I am certain,” he says in the closing seconds of the clip, “that if we do not take this course of action, we are condemning Idaho salmon to extinction.”

Without hydropower, “life as we know it in our region would cease to exist,” they write in a joint statement.

But W. Ron Allen, chairman of the Jamestown S’Klallam tribe and a leader in fisheries management in the United States and Canada, said the plan has promise.

“Congressman Simpson is not naive. He’s been in this game a long time,” Allen said.

“He’s been given enough reports to say, ‘OK, I’ve got to do something’” about the salmon struggle.

“From my perspective, it’s a new kind of balance … I’m not against dams. There are dams designed to be more friendly to salmon. These dams just aren’t,” he said of the four barriers on the Lower Snake River. They were developed fast in order to generate cheaper power, and the time has come to develop other clean energy sources.

“This is the heavy lift Norm Dicks did with the Elwha — times 10,” Allen said, referring to the retired congressman who pushed for removal of the two dams on that river.

Salmon, Allen added, are keystone creatures who wield a powerful impact on the environment and on people’s lives.

“Those of us in the Strait, in the Puget Sound, do we care? Yes. Salmon affect the fisheries and economies of tribes all the way up the coast. Those stocks go deep into Alaska; they migrate through that Alaska fishery, that British Columbia fishery.

“Whatever we do, we have to prioritize restoring [salmon].”

Grondin and Joel Kawahara, a commercial fisherman since 1972, noted the plummeting numbers of salmon boats and catch in the intervening years. There were once thousands of permitted fishing boats on the Washington coast, Kawahara said; today fewer than 200 work those waters.

At the same time, Grondin said she doesn’t agree with everything in Simpson’s proposal.

“I’m not excited about having mini nuclear reactors” dotting the landscape to replace hydropower, for example. Yet the plan could at least bring people to the table, she said.

Grondin and Kawahara plan to send a letter of support for Simpson’s plan to the District 24 representatives in the state Legislature — who represent the Peninsula — as well as to the region’s congressional delegation.

Salmon restoration affects not only local fishermen, Grondin emphasized, but the wider business community, from restaurants to shipwrights.

On the North Olympic Peninsula, “we’re not a bunch of yuppies saying ‘the dams should come down,’” she added.

“Our lives are wrapped up in fish.”

Allen put it another way. Pacific Northwest salmon is not something that was “nice to have,” he said. The creatures have an environmental, cultural and spiritual significance to Northwest tribes.

“A multi-ethnic society,” Allen added, “needs to learn how to be understanding and respectful to each other, and understand the things that are important.”

The Associated Press contributed to this report.