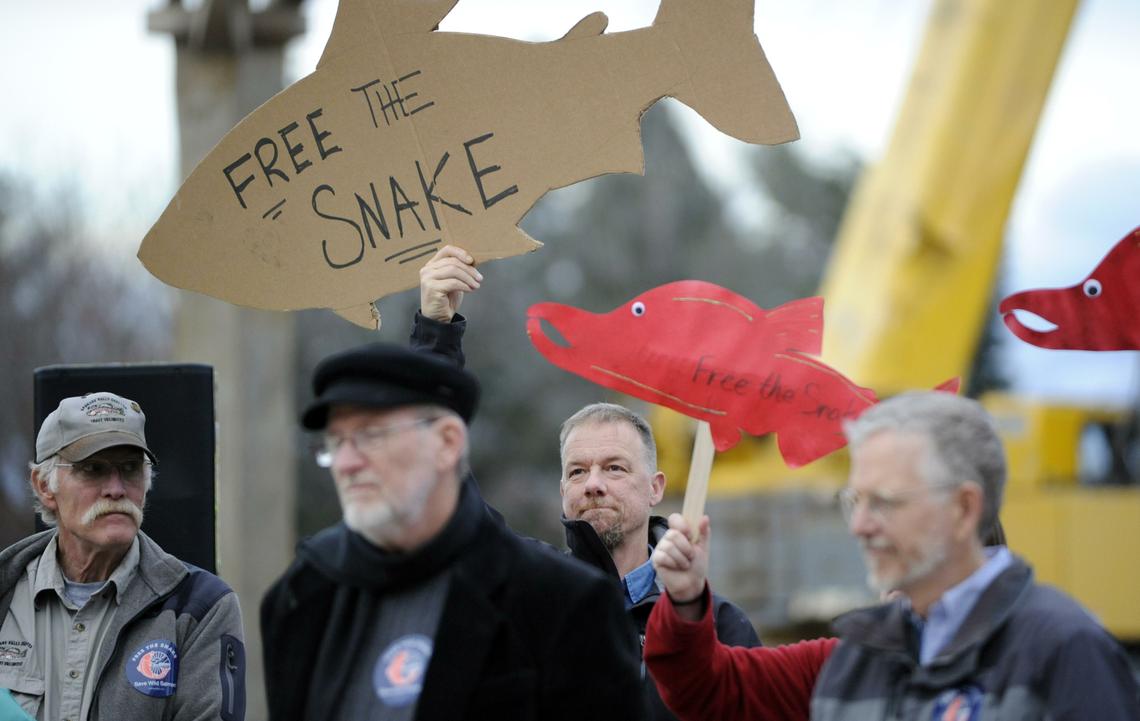 The Biden administration reiterated Monday its determination to change course on the decadeslong, $17 billion effort to recover wild salmon in the Snake and Columbia rivers and to uphold the treaty rights of the Nez Perce and other tribes of the basin.

But it did not say how it hopes to improve those efforts, which have yet to prove successful.

Four runs of Snake River salmon and steelhead and nine others in the Columbia River basin are protected under the Endangered Species Act. Several tribes in the basin signed treaties in the mid 1800s that ceded millions of acres of land to the federal government but reserved, among other things, their rights to hunt and fish in “usual and accustomed places.”

A four-page statement released as a Council on Environmental Quality blog summarized the discussion. It recognized federal dams as a significant source of salmon mortality and tribal injustice, while also noting the positive attributes dams provide to citizens across the Pacific Northwest.

The statement said the administration was asked by tribal governments such as the Nez Perce to breach the four lower Snake River dams. Many scientists say the dams must be removed if wild fish are to be recovered. The statement acknowledged Idaho Congressman Mike Simpson’s dam removal and economic mitigation plan, and that Washington Gov. Jay Inslee and Sen. Patty Murray are studying the issue.

Administration officials said they were asked by the tribes to better fund salmon recovery; to give tribes and states a larger role in the effort; and to expand anadromous fish recovery to the upper Columbia and Snake rivers, where large hydroelectric dams drove fish to extinction in the mid 1900s.

“As we reflect on what we heard, we know that any long-term solution must account for the varied and crucial services provided by the dams, as well as the people, communities, and industries who rely upon them,” the administration officials wrote. “We cannot continue business as usual. Doing the right thing for salmon, Tribal Nations, and communities can bring us together. It is time for effective, creative solutions.”

“We are at a crisis state with salmon recovery,” Penney said, “and we expect the federal government to uphold their (treaty) trust responsibilities and that there is still tribal injustice to this day that needs to be addressed.”

The tribe has sued the federal government over several iterations of its plan that aims to balance the needs of protected fish with operation of the Columbia River Hydropower System. Last fall, the Biden administration announced the long-running litigation — which includes the state of Oregon and a coalition of environmental and fishing groups as plaintiffs — would be paused while the two sides seek long-term solutions. That process is expected to wrap up at the end of July. Inslee and Murray are expected to release a draft of their Snake River salmon recovery plan next month and make a final decision on breaching by July 31.

The statement that was signed by Haaland, Granholm, Mallory, assistant secretary of the Army for Civil Works Michael Connor, and administrator of the National Oceanic and Atmospheric Administration Richard W. Spinrad said the government has also been talking with other stakeholders in the region and formed an interagency group to “identify a durable path forward that ensures a clean energy future, supports local and regional economies, and restores ecosystem function, while honoring longstanding commitments to Tribal Nations.”

Kurt Miller, executive director of Northwest River Partners, said he has twice met with federal officials about the government’s intention on changing course. He said his group is supportive of salmon recovery efforts but said Monday’s statement put too much emphasis on dams as a source of salmon mortality and ignored other factors such as ocean conditions, predators and climate change. He said his and other groups stressed that salmon survival has declined up and down the West Coast.

“We think there are ways to help salmon that don’t involve getting rid of those four lower Snake River dams,” Miller said. “We wish they had expanded the discussion to those things.”

Justin Hayes of the Idaho Conservation League at Boise, said he is happy the administration recognizes a new strategy is needed.

“They are saying we cannot continue business as usual,” Hayes said. “That is something many people in the region have been saying — tribes, conservation groups, fishing groups and even industry groups — that the status quo is not working and it’s time to do something very different.”