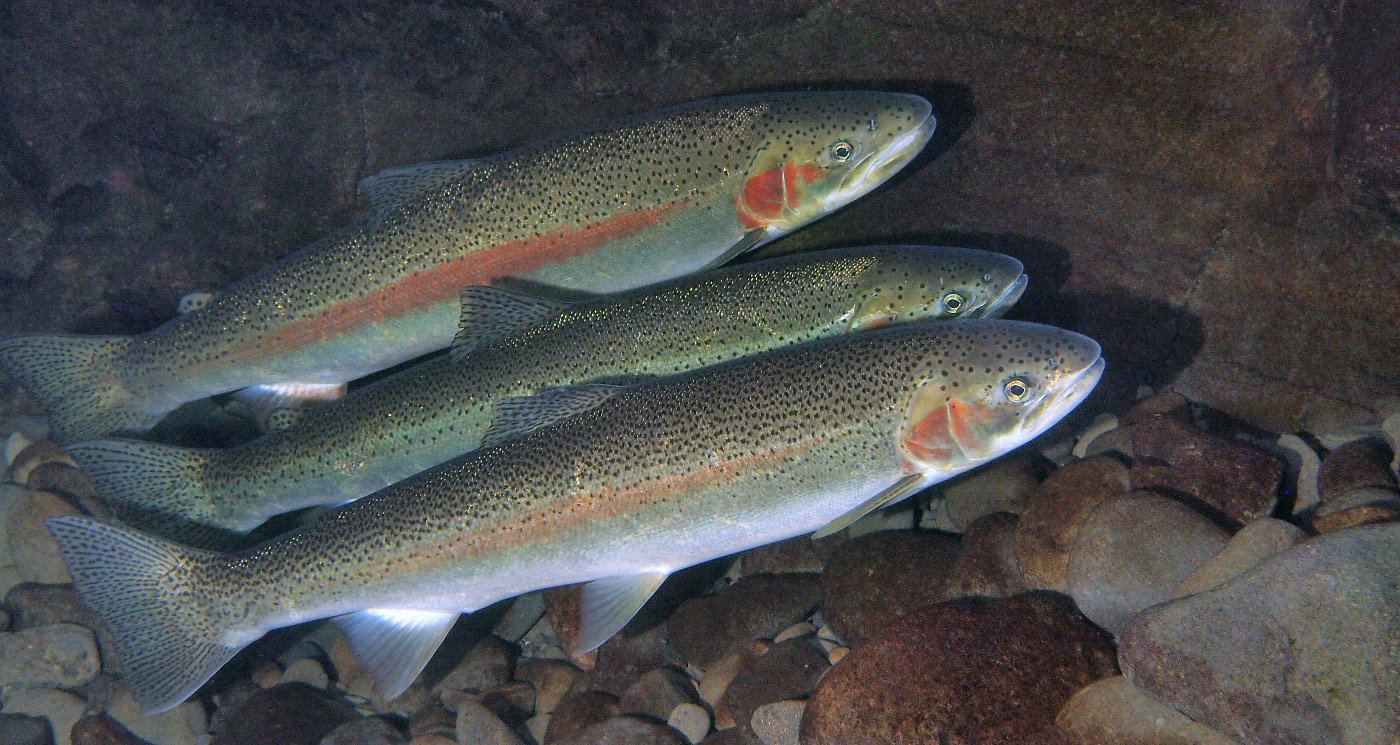 North Idaho Director of the Idaho Conservation League Brad Smith had a simple message Tuesday night during a discussion at the 1912 Center in Moscow — Snake River basin salmon and steelhead are in serious decline and heading toward potential extinction.

The solutions are not so simple.

A huge cause of the decline, Smith told the roughly 40 people in attendance, are the eight dams the fish have to pass through to and from the Pacific Ocean, including the four Lower Snake River dams.

“We are truly at a crossroads where we are either going to make the decision in society to save these fish or we’re going to lose them potentially forever,” Smith said.

He said wild fish runs started declining as dams were installed in the 1960s and ’70s.

Smith said 76 percent of juvenile salmon that pass through the Columbia River dams on their way to the ocean die from injury or stress incurred from the dams.

“The story of sockeye is perhaps the saddest of them all,” Smith said.

He said 150,000 sockeye salmon once returned annually to the Snake River basin. Now, less than 20 return.

Before the Lower Columbia River and Lower Snake River dams were built, Smith said 1.5 million spring/summer chinook salmon would return to the Snake River basin. Last year, about 5,800 returned to the area.

Smith said smolt-to-adult ratios are critical measuring sticks of fish recovery. The ratio in this case is the percentage of smolt, or young fish ready to migrate to the ocean, that survive the journey from the Snake River basin to the Pacific Ocean and back.

However, the SAR for wild steelhead trout from 2006-15 in the Snake River basin was 1.84 percent, which signals a declining population, Smith said.

Breaching the four Lower Snake River dams is part of the solution to increase fish populations in the region, Smith said.

He said the four dams were primarily installed to create seaports in Lewiston and Clarkston. But the use of the ports has dropped significantly in recent years. The Port of Lewiston recorded a net loss of $1.9 million from 2013-18, Smith said.

He said the first step is to create awareness of the dire situation. Smith said there was a large effort in the 1990s to generate awareness about the declining fish populations and to convince government officials to authorize breaching the dams. Now, fish are in a “perilous state,” Smith said.

“So it’s time to re-inform the public where everything stands,” he said, “and seek action from our elected officials.”