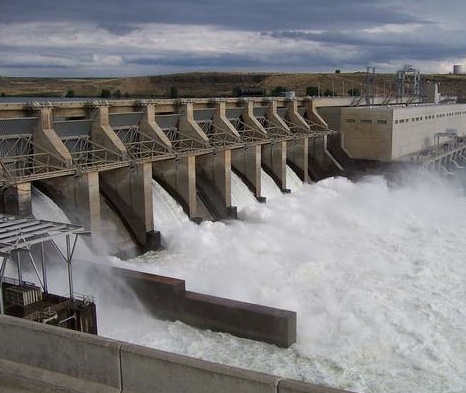 The federal agencies producing an environmental impact statement and overall strategy on how to manage dams on the Snake and Columbia rivers, while also protecting salmon and steelhead, will complete the process one year earlier than expected. According to a spokesman for the Army Corps of Engineers, the shortened schedule is likely to be met by giving the public the minimum amount of time — 45 days — to comment on a draft of the document. The corps announced Wednesday that it will complete the Columbia River Systems Operation Review in September of 2020 to comply with an executive order from President Donald Trump. The U.S. Bureau of Reclamation and the Bonneville Power Administration are assisting. All three agencies are unaffected by the ongoing partial government shutdown. In October, Trump issued an executive order to expedite permitting and other required documentation of water infrastructure projects in the Western United States, with an aim toward minimizing regulations and maximizing efficiencies. Included in that order was a demand to complete the court-ordered EIS on salmon and dams on the Columbia and Snake rivers by 2020. The study will include an alternative that looks at breaching one or more of the four lower Snake River dams. The review and EIS were ordered by U.S. District Court Judge Michael Simon of Portland in a 2016 ruling that struck down the federal government’s latest attempt to balance dam operations with efforts to save and recover 13 stocks of endangered and threatened salmon and steelhead. A corps spokesman said officials of all three agencies are confident they can meet the new schedule while producing a quality document. “We are still going to do the analysis we identified as being necessary for the project. We are looking for opportunities to save a day here and save a day there. We want to preserve the integrity of the analysis,” said Matt Rabe, a spokesman for the corps’ Northwest division at Portland. “The biggest savings will come in the comment period after the draft (EIS) is provided in February of 2020. We are looking at a 45-day comment period for the draft EIS. We don’t anticipate we will be able to provide additional time for public review.” In a 2016 court declaration, David J. Ponganis, director of programs for the corps’ Northwest division, said it was expected to take the agency a minimum of five years to complete the review. That schedule included a full year to collect public comments and then to analyze those comments and incorporate any changes to the document that might be warranted. Ponganis said he also anticipated the public would ask for more than 45 days to comment. He said past documents of similar complexity and breadth, such as the 1999 Lower Snake River Juvenile Salmon Migration Feasibility Study that also looked at a breaching alternative, resulted in documents in excess of 5,000 pages. He said the agencies expect to “receive an enormous amount of public comments on the draft EIS.” Under the new schedule, the agencies will hold a 45-day public comment period and then analyze those comments and make any needed changes to the draft EIS in just five months. Rabe said to meet the shortened deadline, the agencies will strive to effectively communicate to the public what is in the lengthy document. “Our goal is to ensure we have a robust analysis in the EIS and that we provide that EIS to the public in a clear manner so that they can look at it and easily identify any concerns they might have so when they provide us their substantive comments — and that is what we are really driving for is substantive comments during the comment period — we can very efficiently review those and address those in that period leading up to the final (EIS).” Todd True, one of the lead attorneys for the plaintiffs in the 2016 court ruling, said the abbreviated schedule is likely to short-change the public. He said he also doubts the agencies will have enough time to thoroughly consider public comments and incorporate any alterations to the draft EIS. True, of the environmental law firm EarthJustice at Seattle, said his clients originally asked Judge Simon to require the agencies to complete the review in a shorter time period. “They will not have time to consider seriously public comment on their draft EIS,” True said. “And of course the public will not have adequate time to review and comment on what promises to be a complex — by Mr. Ponganis’ own account — EIS. This will disserve the agencies, the public and the region. It will disserve the effort to protect salmon and orcas even more. We need a truly thoughtful — not a quick-and-dirty, hasty — process in order to have the best chance of addressing and resolving these issues.” Rabe said he didn’t know how many public meetings the agency might hold once the draft is released. Although the corps and the Bureau of Reclamation are funded through 2019, and thus not affected by the partial government shutdown, and the BPA is a self-funded agency also not caught up in the shutdown, some sister agencies that are participating in the review, such as NOAA Fisheries and the U.S. Fish and Wildlife Service, are currently curtailed. Trump has said the shutdown could go on for months or even years. Rabe said it’s too early to tell if the shutdown would affect the new schedule. “At this point, we are conducting our analysis, and hopefully the shutdown won’t have any significant impact on those processes.”