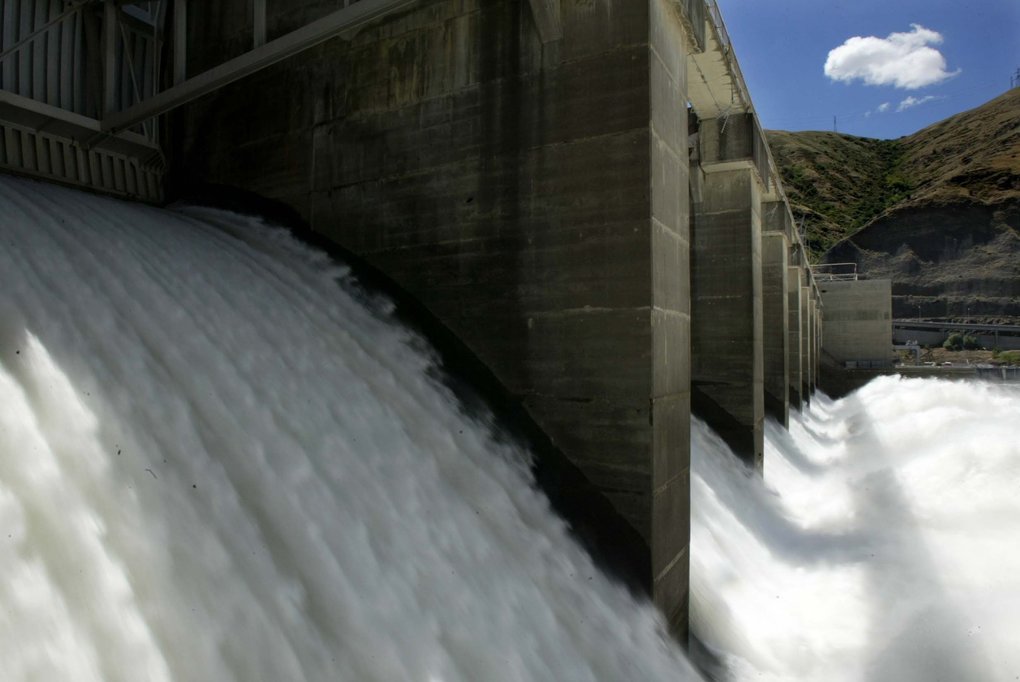 A short-term agreement over fish passage operations at Snake and Columbia river dams could help researchers determine whether spilling more water there can significantly boost survival of juvenile salmon and steelhead and ultimately lead to more fish returning to Idaho, Oregon and Washington.

On Tuesday, the federal agencies that manage the dams announced a three-year agreement with Oregon, Washington and the Nez Perce Tribe that will lead to more water being spilled at the dams. The agreement is designed to stave off additional litigation as the federal government finishes a court-ordered review and environmental impact statement on the degree to which the dams threaten salmon and steelhead under the protection of the Endangered Species Act, and what steps should be taken to recover the iconic fish.

The agreement is related to a long-running lawsuit over dam operations and fish recovery. In 2016, U.S. District Judge Michael Simon of Portland rejected the federal government’s plan to operate the dams and protect 13 species of salmon and steelhead in the Columbia and Snake rivers. He also ordered the Army Corps of Engineers, Bonneville Power Administration and the U.S. Bureau of Reclamation to subject the operation of the hydropower system on the Snake and Columbia rivers to an environmental impact study under the National Environmental Policy Act and to consider breaching one or more dams on the Snake River.

That process is expected to wrap up in 2021. In the meantime, Simon ordered additional water to be spilled at the dams to help juvenile salmon and steelhead make their way past the impoundments and to shorten their travel time to the Pacific Ocean.However, that order was limited by water quality standards of Oregon and Washington that limit the amount of dissolved gas. Gas levels rise as water plunges over the dams.According to the terms of the agreement, both states will make changes that will allow more water to be spilled this spring.

Additional changes will allow the dissolved gas standard near the dams to rise even higher in 2020 and 2021, thus allowing more water to be spilled.Spilled water bypasses hydroelectric turbines at the dams and reduces power production. That harms the bottom line of BPA, which sells energy not only to its regional customers but ships surplus energy to places like California. The agency has fallen on hard financial times as changes in the electricity market have eroded wholesale energy prices. The agreement counter acts that to a degree by giving dam managers like the corps and the BPA flexibility to reduce spill and increase power production in times of peak energy demand and high prices — largely during daylight hours.

The agreement was hailed by some, including Washington Gov. Jay Inslee, who described it as “landmark.” It was downplayed by those who support removing the four lower Snake River dams a necessary step to recover the fish, and it was dismissed outright by U.S. Rep. Cathy McMorris Rodgers, R-Wash. who called it “worse than useless.”

A joint statement released by signatories to the agreement said “Working together, the region’s states, tribes and federal agencies have developed an approach that demonstrates environmental stewardship and affordable sustainable energy are not mutually exclusive.”

Inslee, a Democrat who hasn’t ruled out running for president in 2020, included increased spill at the dams as one of many measures he supports to help endangered southern resident orcas in the Puget Sound. The animals feed on a number of chinook salmon runs, including some that return to the Snake River.

Environmental groups who participated in the litigation that led to Simon’s 2016 ruling said increased spill will help the fish but they called it an interim measure.

“It is not, however, the kind of major overhaul of dam operations that the imperiled salmon — and critically endangered southern resident orcas — so urgently need if they are going to be part of our region’s future,” said Todd True, Earthjustice attorney at Seattle. “We should ultimately be working toward restoring a free-flowing lower Snake River by removing the four lower Snake River dams.”

“The Nez Perce Tribe is pleased that this collaboration resulted in spill operations that are designed to benefit juvenile salmon passage in the interim, as the tribe continues working to address the significant fish mortality from the dams and ensure a full analysis of lower Snake River dam breaching,” she said.

McMorris Rodgers, who ushered a bill through the U.S. House of Representatives this year that would have prevented increased spill, said the agreement may hurt fish and cost ratepayers money.

“According to information BPA has shared with our offices, federal scientists at the National Oceanic and Atmospheric Administration have not identified any benefit of increased spill to salmon, and increasing spill to this unprecedented new level may actually threaten young fish with ‘the bends’ due to the effect of increasing dissolved gasses.”

That notion is disputed in a 2017 study by the Fish Passage Center at Portland that indicated spilling water at the levels called for in the agreement could lead to a two-fold increase or more in returns of Snake River salmon and steelhead. The hypothesis has never been tested, but if the agreement is carried out, scientists will have at least a short-term experiment to measure its effectiveness.

“The data we have indicates that spill at 125 (percent of the gas cap) is safe for fish and also gives us the highest survival and (smolt-to-adult return rates). If we have the opportunity to test this out at 125, that is a significant advancement of what we will learn,” Fish Passage Director Michelle DeHart said.