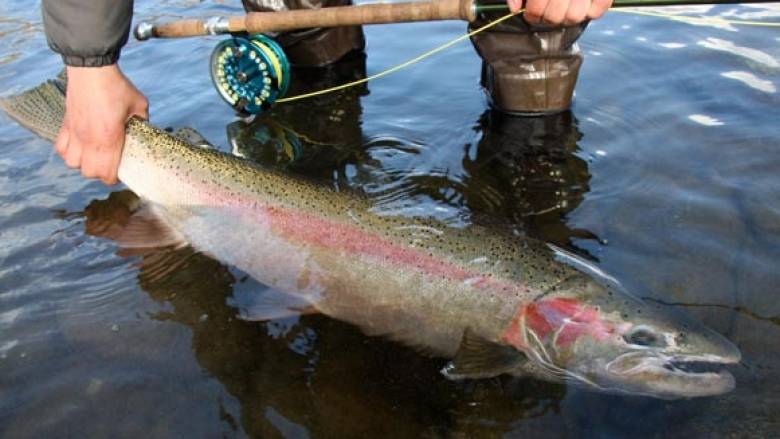 Two uncoordinated but synchronous letters written by residents of the Pacific Northwest were sent to various political leaders in the region Monday imploring them to play a role in fostering holistic solutions to declining salmon and steelhead populations on the Columbia and Snake rivers, as well as related challenges to power production and commodity transportation.

The first, directed to the governors of Idaho, Washington, Oregon and Montana, was written by a coalition of conservation groups, utility companies and Port of Lewiston manager David Doeringsfeld. It asked the governors to use the imminent release of a draft environmental impact statement on dams on the Snake and Columbia rivers to develop a “strategic plan that will identify investments needed to recover and conserve salmon, steelhead and other fish and wildlife populations, ensure tribal needs are honored and sustained, and strengthen the electricity and agricultural services that communities depend on from the river.”

The second was written by leaders of small communities up and down the Clearwater and Salmon rivers that depend on salmon and steelhead fishing to fuel their economies. Directed at Idaho Gov. Brad Little and all four members of the Idaho Congressional delegation, it pleaded for the leaders to “stop the downward trend of Idaho’s salmon and steelhead toward extinction.” The letter was coordinated by the Idaho Wildlife Federation.

Both communications come on the heels of other efforts to build coalitions and partnerships between one-time combatants in the 30-year-old salmon-and-dams conflict, with the notion that working together can be more productive than fighting. Last year, Idaho Gov. Brad Little convened his Salmon Workgroup, a collection of diverse interests tasked with developing policy recommendations to save the fish. The workgroup was announced last April at a salmon recovery conference in which Idaho Rep. Mike Simpson announced his intention to craft legislation to help salmon and steelhead and rescue the Bonneville Power Administration from financial challenges.

Washington Gov. Jay Inslee convened an Orca Task Force and asked the diverse group to find ways to save the iconic marine mammals that depend on abundant chinook runs up and down the West Coast.

The Columbia Basin Partnership Task Force was convened in 2017 by NOAA Fisheries to develop “shared goals and a comprehensive vision for the future of Columbia Basin salmon and steelhead.” The diverse group issued a report that set high standards for fish recovery.

The letter to Northwest governors was signed by leaders of 17 entities and organizations, such as K. David Hagen, general manager of Clearwater Power Co.; Doeringsfeld of the Port of Lewiston; Joseph Bogaard, executive director of Save Our Wild Salmon Coalition; Bear Prairie, general manager of Idaho Falls Power; and Rob Masonis, vice president for western conservation for Trout Unlimited.

While they don’t offer prescriptions for saving the fish, they said any solution must include shared goals such as abundant and harvestable numbers of fish; enhancement to farming, transportation and fishing economies; viable ports; reliable, affordable and clean power; and honoring the culture and treaties of Columbia River Native American tribes.

“Signatories of this letter represent a broad alliance of river interests committed to restoring abundant salmon and steelhead runs. We are hopeful that diverse interests throughout the Pacific Northwest will unite around meaningful recovery efforts,” said Doeringsfeld in a news release accompanying the letter’s release.

“The issues before us are complex but our mutual interests as a region are much greater than the issues that divide us,” said Chad Jensen, CEO of Inland Power and Light. “The time is now for us all to come together as a region to work collaboratively to restore fish, meet our energy needs and move progressively forward.”

Agreeing to work together is a big step. Bigger is coming up with solutions that satisfy the diverse interests of the signatories. Bogaard said it’s going to take a willingness of all involved to engage in uncomfortable discussions. For power and port officials, that could mean talking about the possibility of dam breaching. For fishing and conservation groups, it could mean talking about harvest and predator management.

The letter from leaders of communities along the Clearwater and Salmon rivers similarly asked Idaho’s governor and congressional delegation to accept hard truths. It asks for an acknowledgement that the fish are at risk of extinction and that previous efforts to save them have failed. The writers want Idaho leaders to pursue solutions that not only save the fish but also benefit power production, agriculture and rural communities, and to work with other leaders of the Northwest to do so.

“Idahoans demand action for our fish now, before it’s too late,” they wrote. “As drastic as the implications are for the loss of our salmon and steelhead, we fully expect of our leaders who represent our values, to uphold our ideals to restore Idaho salmon and steelhead with determination equal to the emergency facing our fishery.”

Brian Brooks, director of the Idaho Wildlife Federation, said those who wrote and signed the letter want help.

“In one unified voice, all these people who usually don’t talk to each other are screaming,” he said. “Their towns are dying and this is a primary resource that is contributing to that and they are asking for leadership. They don’t have their hands on the levers of power to make those decisions and they are trying to reach out to the people who do.”