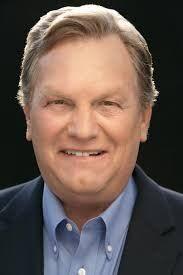 SHELTON, Wash. — Rep. Mike Simpson was the only member of the Northwest congressional delegation to attend the first day of the Salmon and Orca Summit here, where all involved expressed the need for urgent action to save the two species intertwined in the culture and natural history of the Pacific Northwest.

The Republican from Idaho has largely been alone since he introduced his $33 billion salmon and dams concept back in February but has won the support of tribes throughout the Pacific Northwest and beyond.

Simpson’s idea, built on breaching the four lower Snake River dams and investing in affected communities and industries, has received scant support from his colleagues in Idaho, Washington and Oregon. Some Republicans, like Reps Cathy McMorris Rodgers and Dan Newhouse of Washington, have attacked the plan, while key Democrats like Sens. Patty Murray and Maria Cantwell have given it a cool reception. Murray and Sen. Mike Crapo, R-Idaho, sent aides to the two-day conference but did not attend in person.

The Nez Perce and Shoshone Bannock tribes of Idaho, where most Snake River fish are from, have been Simpson’s most ardent supporters, and they in turn have lobbied for and won more tribal support, first from other Columbia River tribes, then the Affiliated Tribes of Northwest Indians and now the National Congress of American Indians.

The Nez Perce and the Squaxin Island Tribe are playing host to the two-day conference attended by dozens of tribes and designed to garner further political support for the plan, or something like it.

“It’s a challenge politically,” said Leonard Forsman, chairman of the Suquamish Tribe of Washington and president of the Affiliated Tribes of Northwest Indians. “We have to keep pushing. We have very little time here. We do have the issue of the dams being in Washington, so we need the Washington delegation to get engaged.”

Snake River spring chinook are listed as threatened under the Endangered Species Act. Analysis by the Nez Perce tribe shows 42 percent of wild chinook populations that spawn in the basin have returned so few spawners over the past four years that they are in are in danger of going extinct, and a study by scientists from the National Oceanic and Atmospheric Administration indicates climate change and warming oceans could drive the fish to blink out by 2060.

Hemene James, a member of the Coeur D’Alene Tribal Council, summed up the high stakes of salmon conservation, describing how dams built decades ago blocked salmon from returning to the homeland of the northern Idaho tribe he represents.

“My people are relegated to getting fish out of the back of a truck,” James said. “All of you who have salmon should be freaking out. Excuse my language, you should be crapping your pants because you don’t want to end up like us.”

Orcas and chinook stitch together otherwise disparate parts of the region. Snake River salmon spawn up to 900 miles from the mouth of the Columbia River in mountain streams that feed the Salmon, Imnaha, Tucannon and Grande Ronde rivers. The country is wild, semi-arid and high above sea level.

The whales, also known as orcas, call the Salish Sea and Puget Sound home but make hunting forays up and down the West Coast of North America, dipping as far south as California and pushing north along the coast of British Columbia.
In the late winter and spring, the two animals often occupy the same waters, the outer shelf off of the mouth of the Columbia River. The chinook, fat after spending two to three years in the ocean, are staging for their upstream journey toward natal spawning streams. The whales are there to feast on the rich and oily flesh of the fish and fatten up after a lean winter.

Both are in trouble. The whales, which number just 74 animals, are listed as endangered. Snake River spring chinook are threatened and have struggled over the past five years. Fewer than 30,000 spring chinook returned to the Snake River this year. While that represents an improvement over the abysmal returns of 2019 and 2020, it is still less than 60 percent of the 10-year average and dominated by unprotected hatchery fish.

Both animals are sacred to the tribes of the Pacific Northwest, who often refer to themselves as salmon people.

“Our history, culture and our lives are intertwined with the life and health of the salmon, the Columbia River and its tributaries and the natural and cultural resources that they sustain,’’ said Virgil Lewis Sr., vice chairman of the Yakama Nation.

Many scientists have concluded the Snake River salmon and steelhead can’t be recovered with the four lower Snake River dams in place. The federal government has determined dam removal offers the best chance for the fish to achieve recovery, but has opted for less costly and controversial measures.

Shannon Wheeler, vice chairman of the Nez Perce Tribe and organizer of the summit, said those other measures, such as habitat restoration, predator control and changes at the dams have proven insufficient.

“A lot of those dials have been turned to the fullest, so there is a need to turn some of the bigger dials. That is what breaching is. Breaching is turning one of the biggest dials out there,” Wheeler said.

“It should be clear to the Administration and Northwest delegation that Tribal Nations across America stand united on the need to remove these obstacles that are choking our rivers and causing the extinction of salmon and orca,” said Fawn Sharp, NCAI president, in a news release. “We can no longer stand by and wait for action. Now is the time to ensure that there are resources available to make real changes. Now is the time to restore the Snake River to its free-flowing nature. Now is the time, Mr. President, to honor the treaties that your nation made with ours.”

Simpson spoke at the conference, twice coming to the brink of tears, and said the tribes are instrumental in the effort to win broader support. “The key to this whole thing is you all,” he said. “The Endangered Species Act requires me, I believe, to try to find a solution to this problem, to try to make sure we can actually recover these salmon. What I have learned and come to understand is it’s more than that for you. While you want to restore salmon for the same reason I do — we should not let them go extinct — but you are trying to preserve a history, a culture and a religion. Those are powerful motivating factors.”

Simpson said while a plan to save the fish looks like it may not be included as part of a bill to invest up to $1 trillion in the nation’s infrastructure, he still hopes it can win support before the next election. If the Republicans win back a majority in the House of Representatives, Simpson said any bill forwarding his concept will face long odds.

“I think this would be very hard to pass in a Republican House, so I think this needs to be done in the next year,” he said. “So it’s a lot of work to do.”

If the plan doesn’t move forward in the short term, Wheeler said it would be a setback but not a defeat.

“We are going to continue this fight. We have been fighting for a long time, and we are not going to go away.”

The conference continues at 8 a.m. today.