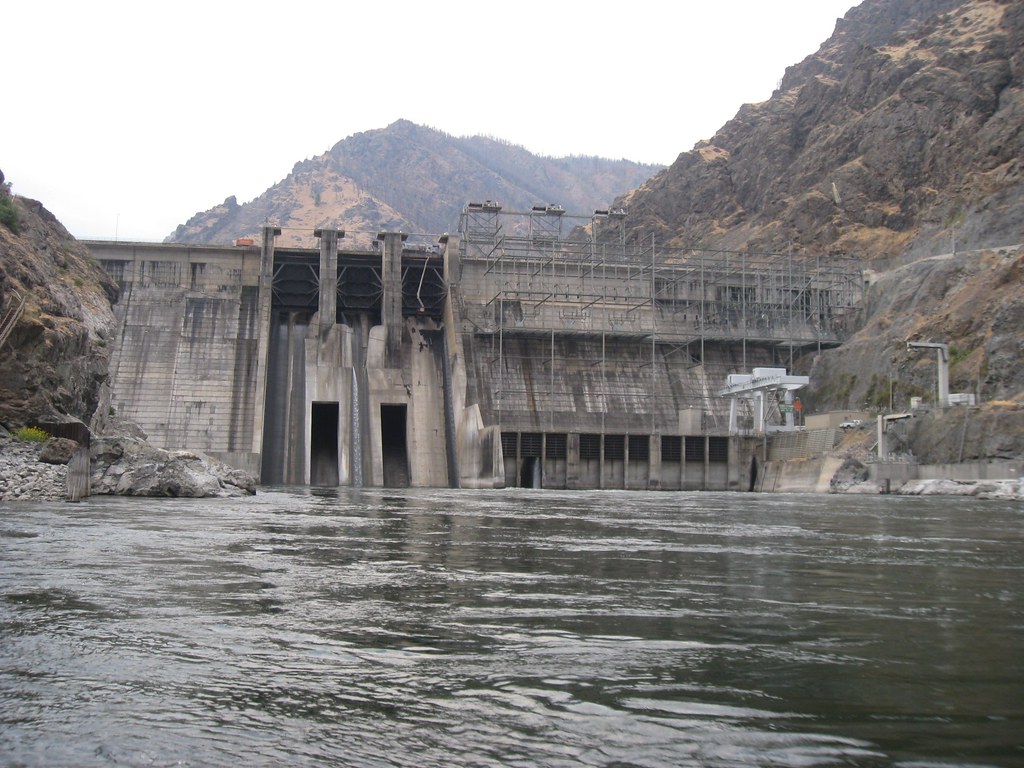 Nez Perce follows suit with two groups by suing over water quality agreement in regard to Hells Canyon dams. A recent deal between environmental regulators in Oregon and Idaho that promised to advance Idaho Power’s attempt to relicense its three-dam Hells Canyon Complex is facing a pair of lawsuits. This week, the Nez Perce Tribe and the environmental groups Pacific Rivers and Idaho Rivers United challenged, in two separate lawsuits, Oregon’s water quality certification of the dams for what they say is a failure to provide fish passage and adequately insure water quality standards for temperature and mercury will be met. The Nez Perce Tribe filed suit against the Oregon Department of Environmental Quality in Oregon’s Marion County Circuit Court while the environmental groups filed their case against the agency in Oregon’s Multnomah County Circuit Court. Idaho Power is seeking a new 50-year license for the dams that were built between 1958 and 1967. The dams provide 70 percent of the power the company sells to 530,000 customers in southern Idaho and eastern Oregon. When they were built, the dams lacked adequate fish passage and wiped out 80 percent of the spawning habitat for Snake River fall chinook and eliminated other salmon and steelhead runs from reaches above the projects. To compensate, the power company agreed to fund salmon and steelhead hatchery programs downstream of the dams. But the reach above the dams remains identified as critical fall chinook habitat and, despite its degraded habitat and water quality, could one day see reintroduction of the fish. The company’s original license to operate the three-dam complex expired in 2005. Ever since, the company has been in the process of seeking a new license from the Federal Energy Regulator Committee and operating on temporary licenses issued on a year-to-year basis. Key to getting a new license is securing state water quality certification stating the dams are in compliance with section 401 of the federal Clean Water Act and Idaho and Oregon state water quality standards. For years, the two states that share a border along the Snake River in Hells Canyon took different approaches to water quality certification. Oregon had insisted that the dams be outfitted with fish passage equipment that would allow salmon, namely fall chinook, to migrate upstream. Idaho, on the other hand, opposed fish passage measures or the reintroduction of threatened fish species above the dams. Last month, the two states hammered out a water certification agreement that did not include fish passage at the dams but called for the company to spend $400 million on projects designed to improve aquatic habitat and reduce water temperatures on tributaries to the Snake River. Each state’s departments of environmental quality then issued water quality certifications to Idaho Power, allowing the recertification process to proceed. The lawsuits by the tribe and environmental groups contend that Oregon’s certification violates both the Clean Water Act and Oregon statute. Oregon law requires all dams to provide fish passage unless exempted. Neither the state nor the federal government has issued the company an exemption. Rick Eichstaedt, a Spokane-based attorney representing the environmental groups, said they chose to file in Oregon because of the state’s strong fish passage law. Both the tribe and environmental groups also claim slack water behind the dams leads to the conversion of mercury to methylmercury that accumulates in the flesh of fish, which poses health risks to people who eat the fish. They also said the certification does not include concrete assurances that water quality standards for temperature and mercury will be met over the course of a new 50-year license. “The tribe has consistently advocated for the adoption of 401 certifications for this project that are protective of the tribe’s treaty-reserved rights and resources due to the central role water quality plays in the protection of those resources,” said Shannon F. Wheeler, chairman of the Nez Perce Tribal Executive Committee, in a news release. “This in turn helps protect the health and welfare of the tribe’s citizens who exercise their treaty rights in waters within Oregon.” The dams are within the tribe’s historic territory and tribal members once fished for salmon, steelhead, Pacific lamprey and white sturgeon there. The environmental groups say their members enjoy fishing for salmon and steelhead and have a mission to protect and restore rivers, anadromous fish runs and water quality. “Idaho Power has failed to protect the rights of Idahoans in sustaining the important fisheries of the Snake through the proposed actions on the dams it operates,” said Nic Nelson, executive director of Idaho Rivers United at Boise. “Compliance with water quality standards is not optional, and we must take action to preserve the integrity of this river system.” Jennifer Flynt, chief public information officer for the Oregon Department of Environmental Quality, said the agency does not comment on pending litigation.