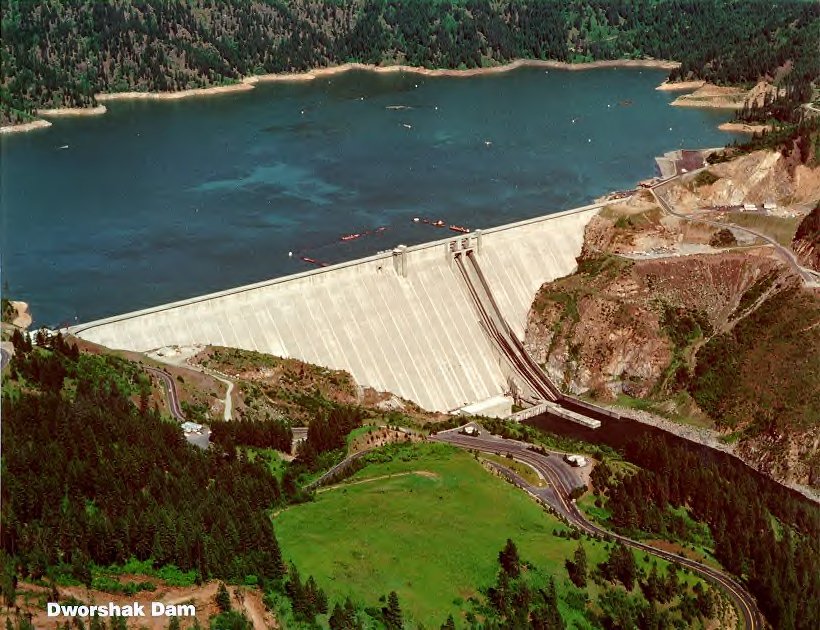 The U.S. Army Corps of Engineers started increasing releases of the 43-degree Fahrenheit (6-degree Celsius) water at Dworshak Dam on Tuesday ahead of an expected heat wave with temperatures expected to reach 100 degrees (38 Celsius). The agency typically waits until the July Fourth holiday to start the releases.

The Lewiston Tribune reports the agency will up the flows to 12,400 cubic feet per second. The water travels down the Clearwater River and joins the Snake River at Lewiston.

The goal is to keep the temperature of the Snake River from exceeding 68 degrees (20 Celsius) at Lower Granite Dam, the uppermost of four dams on the lower Snake River.

Temperature above 70 degrees (21 Celsius) can be harmful to salmon.

In 2015, about 90% of the 510,000 sockeye salmon that entered the Columbia River died when an unusual combination of low water and an extended heat wave pushed water temperatures past 70 degrees (21 Celsius). Those conditions had not occurred in the basin since at least the 1950s and are lethal for cold-water sockeye.

That same year an estimated 4,000 Snake River sockeye entered the Columbia River in what managers expected would be one of the best-ever returns to high mountain lakes in central Idaho. But only about 1 percent survived the 900-mile (1,450-kilometer) journey to Idaho. Snake River sockeye are listed as endangered.

Water managers have said they have little ability to influence water temperature in the Columbia River, but that Dworshak can supply enough water to make a difference in the Snake River.

The reservoir is usually full when the agency starts releasing the cool water, but this year it was about 3 feet (1 meter) below full pool. The releases are expected to continue into mid-September, bringing the reservoir down to about 80 feet (24 meters) below full pool.