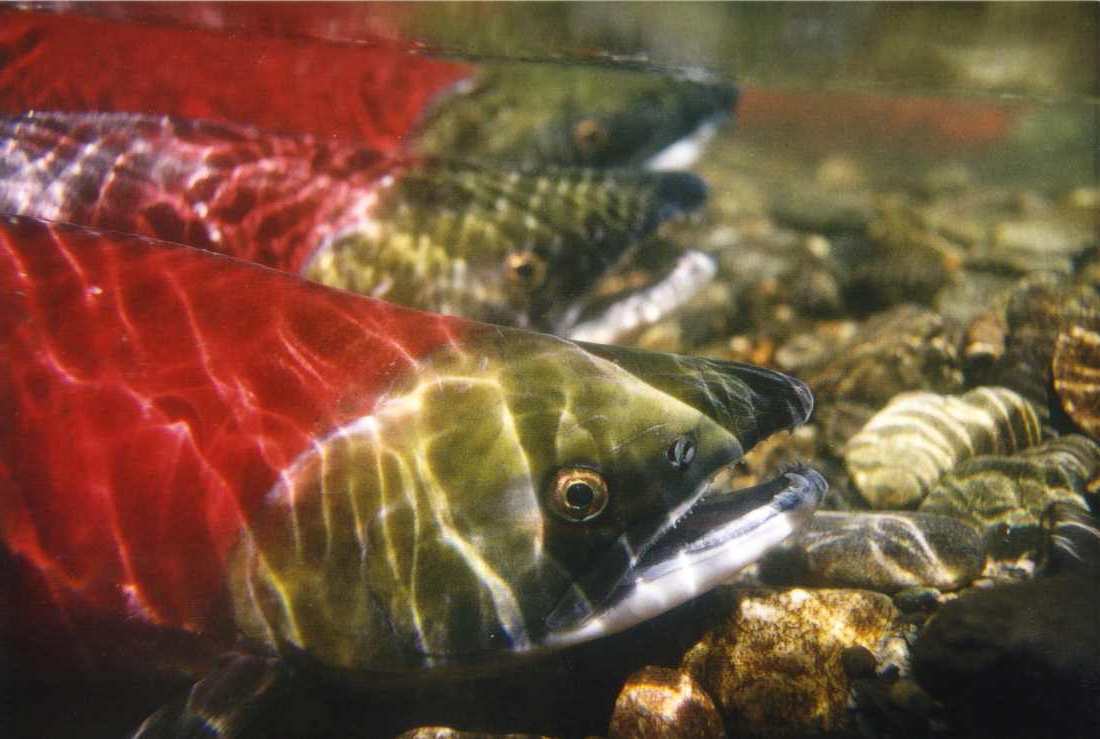 In a move that would boost water deliveries to San Joaquin Valley agriculture and Southern California cities, federal fishery agencies are weakening decade-old endangered species protections for some of the state’s most imperiled native fish populations.

The rollback — coming a year after President Trump targeted the regulations in a memo — rewards Central Valley agribusiness interests that are some of the president’s strongest California supporters. To critics, it highlights the extent to which the Trump administration has injected politics into federal oversight of the nation’s leading environmental laws.

The actions also put Gov. Gavin Newsom, a leader of the Trump resistance on many environmental matters,  in a politically fraught position — since California’s biggest and most powerful water agencies want the state to go along with the Trump moves.

The fish protections partially govern operations of the giant federal and state pumping plants in the Northern California delta that help supply more than half the state’s population with drinking water and fill irrigation canals stretching across millions of acres of cropland.

The massive water exports have upended the delta’s natural hydrologic rhythms and helped push native fish, such as the delta smelt and winter-run Chinook salmon, to the brink of extinction.

The tension between water supply and environmental protection in the Sacramento-San Joaquin Delta east of San Francisco has fueled more than two decades of legal and political conflict, with no end in sight.

Environmentalists, who successfully challenged similar rollbacks under President George W. Bush, are expected to go to court again to try to block the Trump administration rules, which would likely take effect in January.

Two fishery agencies, the U.S. Fish and Wildlife Service and the National Marine Fisheries Service, were in the process of updating the endangered species protections last year when Trump’s memo directed them to develop plans to revise or rescind regulations that impeded western water deliveries.

The so-called “jeopardy finding” would have made it difficult to significantly ramp up deliveries from the delta. Two days after the opinion was submitted, Paul Souza, the regional U.S. Fish and Wildlife Service official who is coordinating the salmon and delta smelt reviews, pulled the document and assembled a new team to rework it.

The salmon opinion signed Monday dropped the jeopardy findings. A separate smelt opinion prepared by the fish and wildlife service also concluded that the proposed changes in delta operations would not jeopardize the continued existence of the smelt, which have all but disappeared from the delta, their only home.

Souza said the U.S. Bureau of Reclamation, which runs the Central Valley Project, agreed to a number of changes in reservoir and pumping management that cleared the way for the no-jeopardy findings.

“There’s been a lot of change, a lot of negotiation since June that allowed us to address the concerns that were raised originally,” he said Monday.

Under the new rules, Souza said delta pumping restrictions would be based on real-time monitoring of where smelt and migrating salmon are swimming in the delta, rather than the seasonal prescriptions contained in the current regulations.

Reclamation teams in boats would monitor smelt location several times a week and pumping would be curbed if the tiny fish are at risk, he said. Similarly, an increase in the number of salmon entrained at the pumps would reduce exports.

Additionally, Souza said the reclamation bureau has agreed to invest in a conservation hatchery for delta smelt; will monitor turbidity and other delta conditions that smelt favor; and will increase the average May 1 levels of Lake Shasta, the Central Valley Project’s biggest reservoir, to preserve cold water releases necessary to maintain salmon-friendly temperatures in the Sacramento River.

As for how the revisions would affect water deliveries, Souza said he could not put a number on it. The goal “was for us to find flexibility in providing water supply when it did not conflict with fishery conservation. We struck that balance.”

Flexibility, real-time monitoring of the imperiled fish and dropping the existing seasonal pumping limits are all changes sought by Westlands and the Metropolitan Water District of Southern California. They and other water users have bitterly complained about cuts to their water deliveries resulting from endangered species protections adopted in 2008 and 2009.

The same interests  successfully lobbied Newsom to veto a bill that would have incorporated those protections in state law.

Environmentalists have said they expect the relaxed pumping limits will return delta exports to the Bush-era levels that a federal appeals court ultimately found violated the Endangered Species Act.