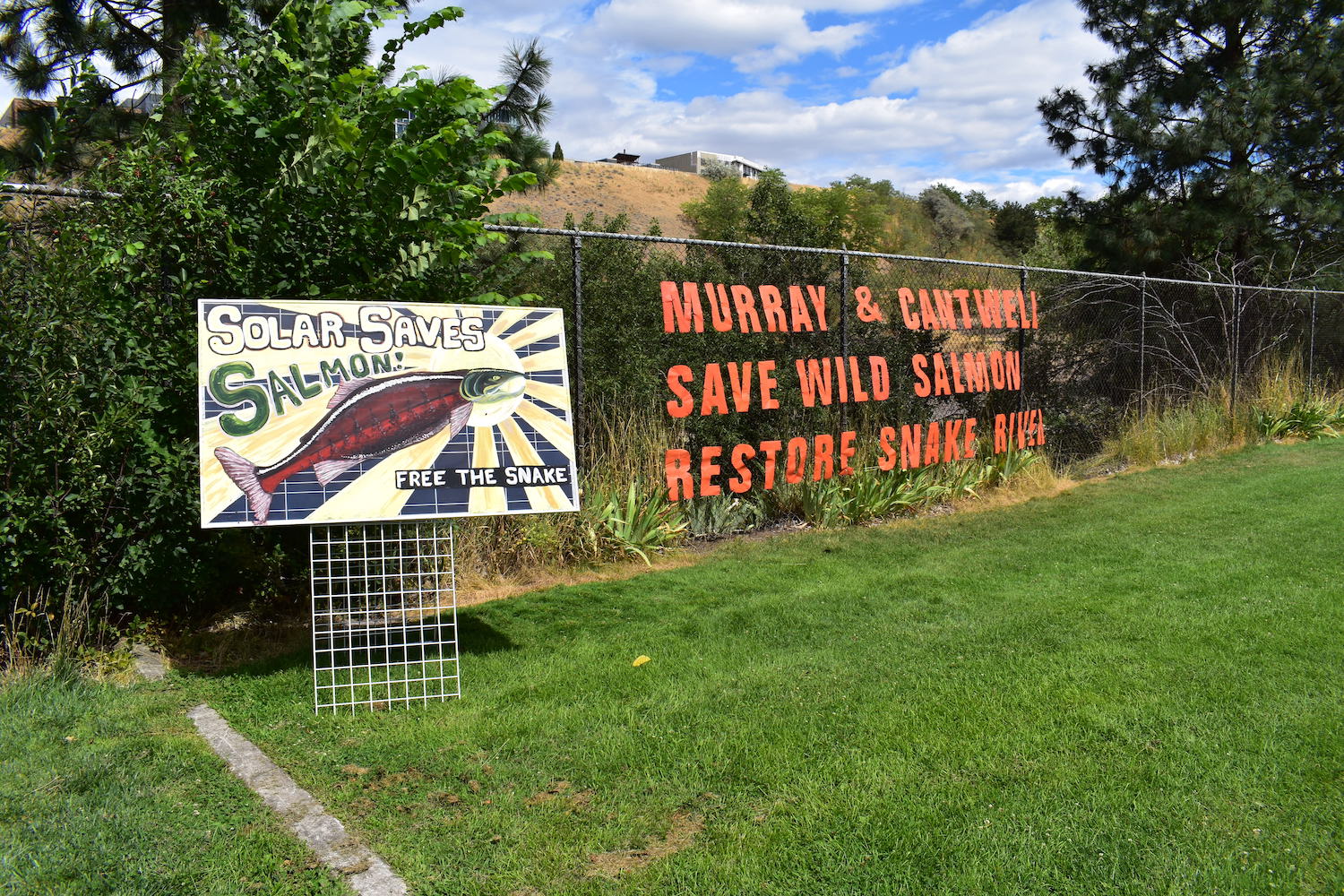 SPOKANE, Wash. - As a massive drought and record-breaking heatwave continues to plague the western United States, local wildlife advocates are concerned about the impacts this will have on the endangered salmon populations.

In Washington Oregon and Idaho salmon populations are already dangerously low. Local damming paired with extreme weather events are making it harder for these fish populations to recover.

"[Salmon] have a threshold of 68 degrees. When it goes over that they experience a lot of health problems, some of which are fatal," said Carrie Herrmon, outreach coordinator with Save Our Wild Salmon.

For decades now, salmon species native to the west have been endangered, with some areas seeing their salmon populations going extinct.

In 1992, after multiple dams were added to the lower Snake River, the population of Sockeye salmon went from roughly 30,000 to just one. Wildlife officials reported seeing just one salmon make the 900-mile journey from the ocean to the Redfish Lake where the salmon usually breed. Locals named the salmon "Lonesome Larry," starting a statewide effort to restore salmon populations.

On Saturday, the Save the Wild Salmon organization hosted a Rally for the River event in various locations across Washington, Oregon, and Idaho. In Spokane, people got to float down the Spokane River and enjoy some food and drinks along the way. There were also speakers at the event, advocating for action at the state level to help protect the salmon.

"Not only do they deserve to survive as a species, but they also are a major food source for orca in the Puget Sound, and there are businesses that depend on them-- commercial and sport fishing businesses-- as well as honoring tribal treaties," said Carrie.

Carrie said their hope is that local lawmakers can start working to find solutions to help the same start rebuilding their populations. Those solutions include dam removal along the lower Snake River, as well as a more comprehensive plan for recovery.

She said the best way for the community to help is by contacting local lawmakers to share your concerns about this issue.