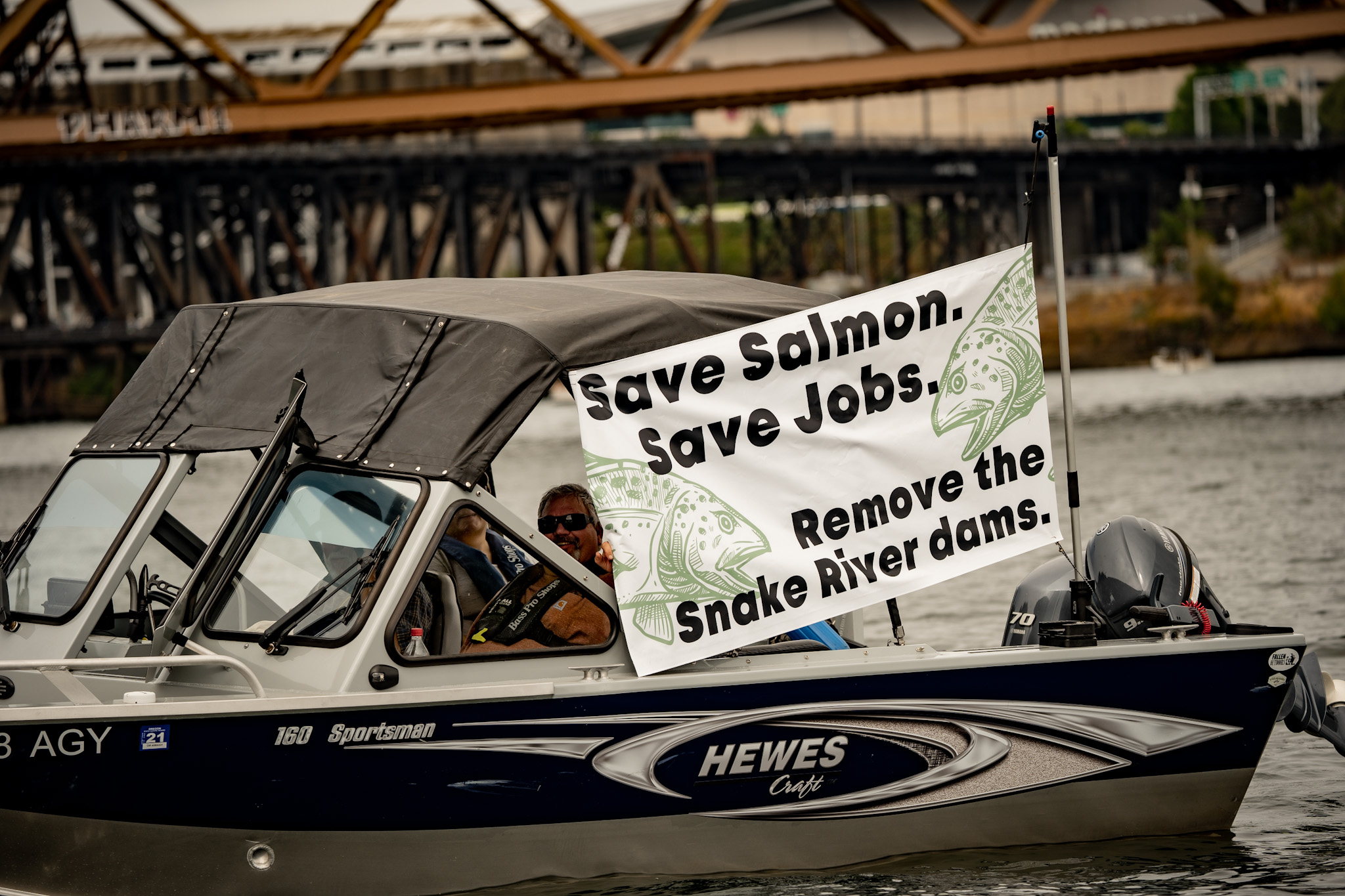 PORTLAND, Ore. — The local salmon population is in danger and people are demanding that lawmakers take action.

On Saturday, communities across the Pacific Northwest rallied in support of removing dams along the lower Snake River. They claim the dams are posing a threat to salmon.

The US Environmental Protection Agency says that dams can make river temperatures rise. Anything above 68 degrees is dangerous for salmon. At last check, the Columbia River at Portland was at 77 degrees.

"This is a critical moment," said Betsy Emergy with the conservation group Association of Northwest Steelheaders. "We're really at an excess where we need to make a big decision, and that really comes down to our legislators. We need the legislators to follow the science and remove the lower Snake River dams."

This summer, they asked dam operators to release more water into rivers in an effort to cool down the water, but they were refused.

The EPA also filed a preliminary injunction in federal court against the Army Corps of Engineers, addressing their operation of the Snake River dams.

KATU News has reached out to the office of Governor Kate Brown for comment regarding what advocates are asking of lawmakers.

Her office replied, saying that while they were not familiar with the specific rally that took place on Saturday, "Governor Brown recognizes that robust and abundant native salmon and steelhead populations are essential to a healthy Columbia River, and that those populations can be maintained alongside a robust regional economy including affordable power, water for agriculture, and transportation for goods. Oregon remains committed to a collaborative process with all Columbia Basin stakeholders."

In an earlier statement released in February of this year, Brown voiced support for a bipartisan solution to removing the dams.