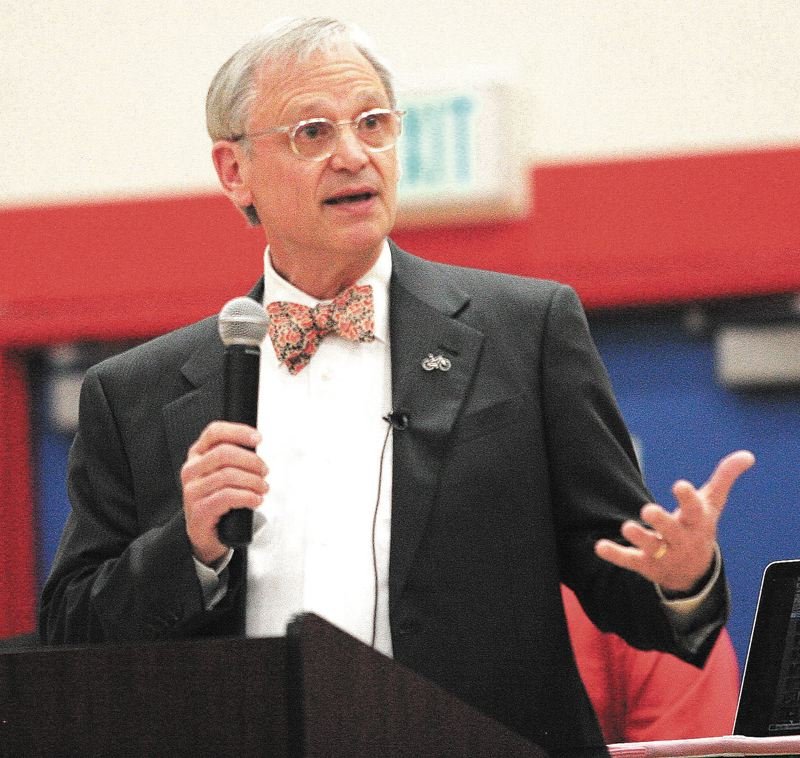 Oregon Democratic Rep. Earl Blumenauer will hold a virtual town meeting with Idaho Republican Rep. Mike Simpson to give Oregonians a chance to hear about the $33 billion Columbia Basin Initiative.

Blumenauer, a liberal Democrat, is the first Congressman of either party to express general support for Simpson’s concept, which includes breaching four dams on the Snake River to prevent the extinction of Snake River salmon and steelhead. The virtual town hall is scheduled for 7 p.m. Mountain on Tuesday at Blumenauer’s YouTube channel. The actual conversation will take place at 6 p.m. Mountain on Monday, with questions solicited in advance.

Simpson’s ambitious concept calls for upgrading the electrical grid, replacing the current barge shipping on the Snake River and making the communities of Lewiston and the Tri-Cities of Washington whole while removing the four Lower Snake dams to keep Idaho’s salmon from going extinct. Simpson seeks to place the proposal on President Joe Biden’s “Build Back Better” infrastructure bill.

Blumenauer said the status quo clearly is not working.  “It is an existential threat to iconic fish species, to indigenous ways of life, and to sustainability and prosperity throughout the region.,” Blumenauer said in a press release. “We have an opportunity to end this cycle of conflict, degradation and regional uncertainty.”

He called Simpson’s proposal “a bold starting point to address this” that “deserves thoughtful consideration from all sides.”

So far Simpson has support from the region’s Indian tribes, many environmental and sporting business groups and Democratic Gov. Kate Brown of Oregon. But Idaho Gov. Brad Little, the Idaho Legislature, grain farmers who ship on the Snake and a separate group of environmentalists who oppose the proposed litigation moratorium, have come out against Simpson’s idea.

Others, including the Democratic senators from Oregon and Washington and Washington Gov. Jay Inslee, have supported a collaborative process but have not endorsed adding the plan to Biden’s infrastructure bill. Washington Sen. Maria Cantwell told The Spokesman-Review in Spokane she did not believe there was enough time to add the comprehensive proposal to Biden’s bill.

With the salmon and steelhead runs so low this spring, the pressure for political action is rising. Twelve Northwest Indian tribes, a major constituency of downstream Democrats and Biden, came together this month in Pendleton, Oregon, and issued statements in support of Simpson’s concept.  “We invite and challenge our partners and our neighbors to take a hard look at how Congressman Simpson’s proposal could benefit our energy security, our economies and our critical natural resources."

Blumenauer also will join Simpson on May 13 as a speaker at the Andrus Center for Public Policy’s follow-up virtual conference to its 2019 conclave, where Simpson began his salmon and dam talks. Washington Republican Rep. Dan Newhouse, a staunch dam supporter, also will speak along with Nez Perce tribal chairman Shannon Wheeler.

“These days it’s rare to see a Democrat and Republican thoughtfully discussing something together, but I’m committed to working with him and communities across the region to help craft solutions that protect and restore salmon throughout the (Columbia) Basin, ensure environmental protections, and help our communities thrive,” Blumenauer said.