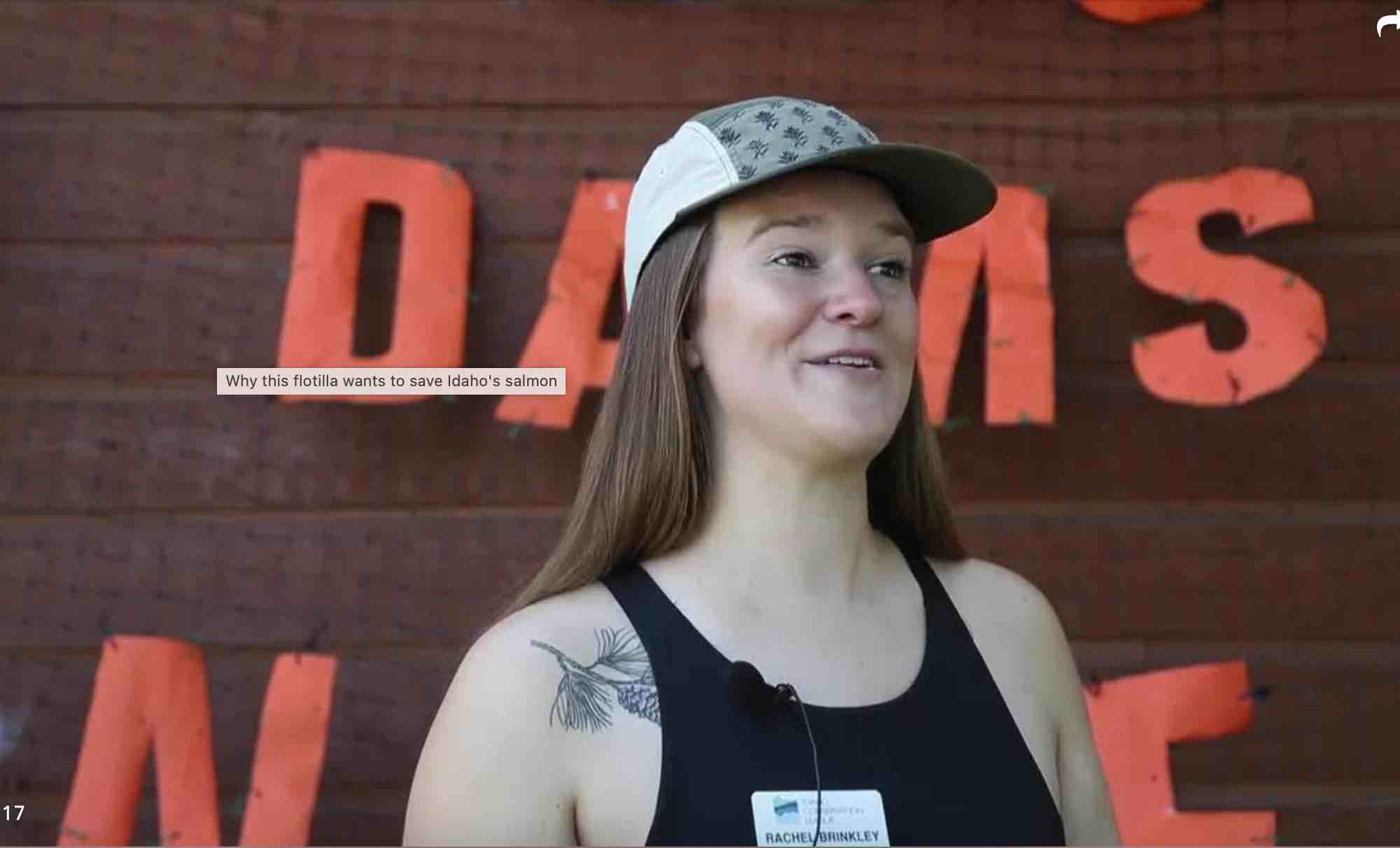 A crowd of about 50 traveled down the Boise River on Saturday afternoon, one in a flamingo tube and others with trout balloons tied to their rafts and kayaks. But they weren’t there just to float — they wanted to send a message.

The float was organized by the Idaho Conservation League are part of a coordinated effort in Idaho, Washington and Oregon to raise awareness about endangered salmon and steelhead, and to call for breaching the four lower Snake River dams.

Simpson’s plan, known as the Columbia Basin Initiative, would start the process of removing the four lower Snake River dams in Washington in 2030. It also includes provisions to invest in shipping alternatives to compensate the farmers who currently use reservoir water.

The plan would also replace the energy the dams currently produce. The four dams currently turn out an average of 1,004 megawatts every year, according to the Bonneville Power Administration. That’s enough to power about 800,000 typical homes in the Northwest for a year.

The Columbia Basin Initiative has garnered the support of Native American tribes in the region. Northwest tribes gathered at the Salmon and Orca Summit a month ago in Shelton, Wash., to discuss salmon recovery. Earlier this year, members of the Northwest Tribal Salmon Alliance sent a letter to Congress and President Joe Biden in support of breaching of the lower Snake River dams.“

Failure to act isn’t just a violation of our treaty rights, it is a threat to our lives as salmon people and amoral failure of the highest order,” the letter said. “A solution to this problem can no longer be passed on to the next Congress and the next generation of tribal leaders.”

Activists for Saturday’s rally started out at Barber Park and floated down the Boise River to Ann Morrison Park, carrying signs such as, “Wild fish need a wild river.” A few met the rafters at the end of the path, where there was beer and tables with pamphlets, T-shirts and other information. Organizers stuck signs in the grass with “Snake River Dams” crossed out in red circles.

Pat Ford, one of the rafters who previously worked at the Idaho Conservation League, said events like this keep up enthusiasm and are a good way to recruit volunteers to work with on salmon issues. One of these newer recruits is 15-year-old Merriam Dockter, who floated the river to get to know more people and raise awareness for environmental issues.

Ford said now is the time to act.

“Idaho salmon are in severe trouble unless they get help,” Ford said. “They’re going to go extinct.”