Idaho Statesman: Analysis - In Washington state, the tide might be turning on breaching Snake River dams 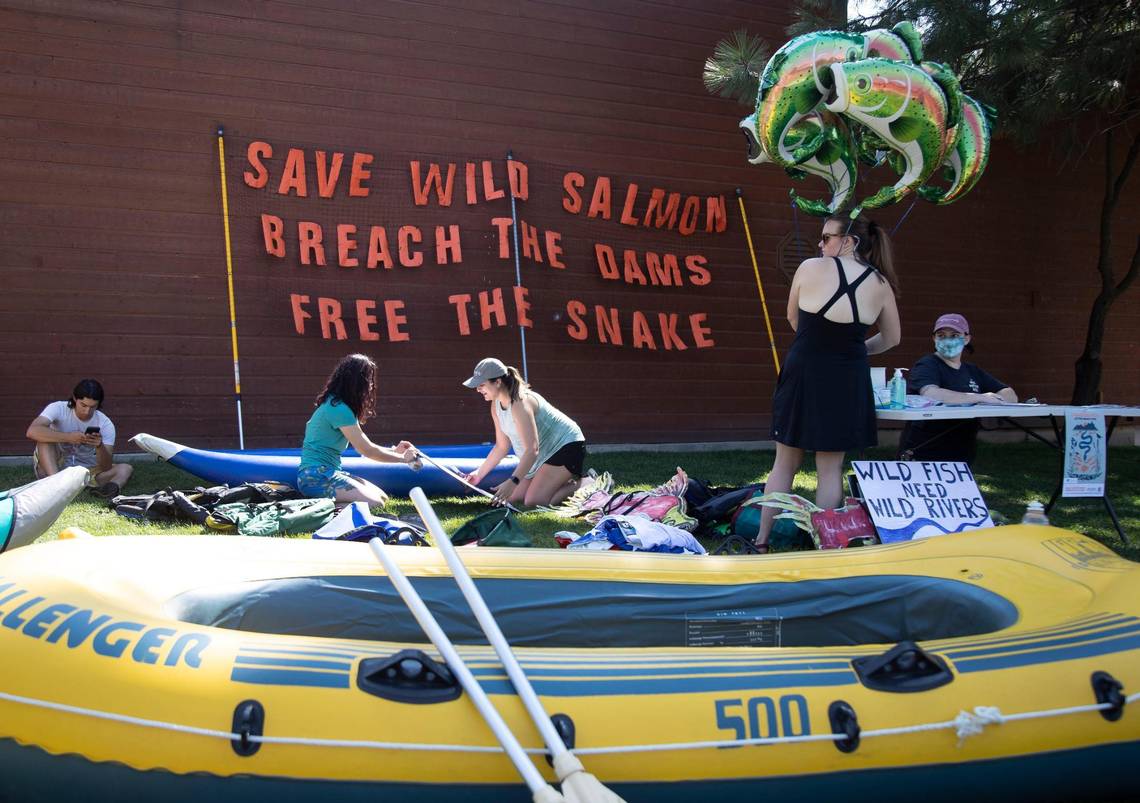 A large crack formed in the wall of opposition to breaching the four Snake River dams in Washington to prevent salmon from going extinct.

Washington Democratic Sen. Patty Murray has long resisted any salmon recovery plan that included removing the four dams, which scientists have long said must go to prevent extinction of salmon and steelhead in the Snake River Basin, including Idaho. But she issued a joint statement Oct. 22 with Washington Democratic Gov. Jay Inslee announcing a study of how to replace the hydroelectricity, the barge shipping and other services provided by the four dams.

“We approach this question with open minds and without a predetermined decision,” they wrote in their statement. “Both of us believe that, for the region to move forward, the time has come to identify specific details for how the impacts of breach can, or cannot, be mitigated.”

Their study, they said, would be completed by July 31, 2022. That’s the same day that a pause in a lawsuit, reached on Oct. 21, would end. The lawsuit filed by the Nez Perce, the state of Oregon, and environmental and sporting groups against federal dam managers said all of the federal dams in the region violate the federal Endangered Species Act by killing endangered fish.

By cutting the short-term lawsuit deal, the salmon advocates give the Biden administration a chance to join them in settlement talks for a comprehensive plan to save the fish.

Murray and Inslee’s process offers a way to reach out to all of the stakeholders on both sides. The path was pioneered in February when U.S. Rep. Mike Simpson, R-Idaho, unveiled a $33.5 billion plan to pay for replacing the power from the dams; providing alternative shipping of grain; economic development for Lewiston and Washington’s Tri-Cities; and other programs that would offset the loss of the dams.

When the region’s American Indian tribes stuck by Simpson’s plan despite opposition from across the region, the Washington state Democrats and the Biden administration recognized the Snake River salmon issue to be one of tribal justice. That changed the political equation.

“For the sake of everyone who lives in the Northwest, it is time to chart a more sustainable path in the Columbia River Basin,” said White House Council on Environmental Quality Chair Brenda Mallory. “The administration is committed to reaching a long-term solution in the region to restore salmon, honoring our commitments to Tribal Nations, ensuring reliable clean energy, and addressing the needs of stakeholders.”

In their announcement, Murray and Inslee said they would rely on the 2022 Water Resources Development Act, a biennial bill authorizing programs carried out by the U.S. Army Corps of Engineers, which operates the four dams. Murray said she will work to get an analysis of the four Lower Snake River dams that will evaluate the costs and impacts of breaching, alongside other options.

Murray said such a study would be necessary before the dams could be breached. Idaho Conservation League Executive Director Justice Hayes disagrees.

“We expect Senator Murray to be prepared to use WRDA to deauthorize the lower Snake River dams, not to create yet another study showing that dam breaching is possible and necessary to restore Snake River salmon and steelhead to abundance,” Hayes said.

Hayes pointed to Simpson’s prediction that Republicans likely will take back the House in 2022 — something that often happens in midterm elections when the White House is occupied by the other party. If legislation does not get passed next year, U.S. Rep. Cathy McMorris Rodgers, R-Washington, and other Washington state Republicans will stop it, Simpson told a tribal summit in July.

McMorris Rodgers, as well as Reps. Dan Newhouse and Jaime Herrera Beutler, blasted Murray and Inslee in response to their study announcement the same way they attacked Simpson and his plan.

“This appears to be nothing more than a predetermined backdoor deal in the making, and it should sound the alarm for anyone interested in transparency and a balanced public dialogue over the vital role the dams play in the Pacific Northwest,” their statement said. “There is something fishy going on.”

Todd True, a senior attorney for Earthjustice who represents the environmental groups in the lawsuit against dam managers, said the Biden administration’s commitment to a long-term solution, combined with the efforts of Murray and Inslee, are a breakthrough after 20 years of litigation.

“We look forward to working with the administration and Congress to ensure that legislation that authorizes the breach of these four dams, sets a timeline for doing so and makes other necessary investments, is achieved in 2022,” said True.

Rocky Barker is author of “Saving All the Parts: Reconciling Economics and the Endangered Species Act.” He has covered salmon, wolves, wildfires and environmental issues in the West since 1985.