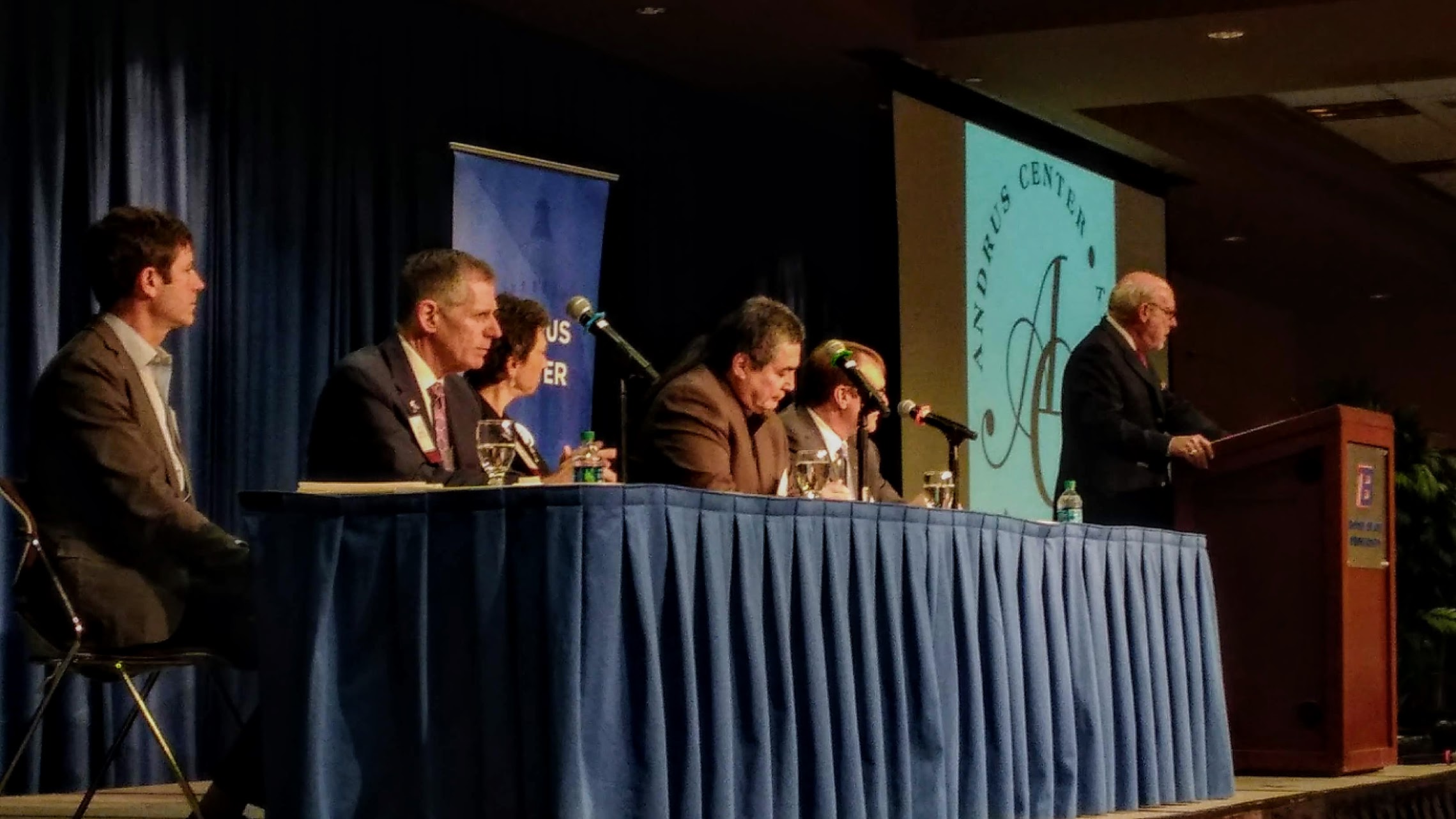 BOISE — Idaho’s wild fish population is in dire straits, but energy officials and conservationists are starting to discuss how to bolster those numbers.

“It’s not that complicated,” said Giulia Good Stefani, an attorney for the Natural Resources Defense Council. “My kids swim in that river; they enjoy it at 70 degrees, but the salmon don’t.”

Stefani was one of 10 panelists at the 2019 Environmental Conference at Boise State University Tuesday discussing the relationship between power companies and salmon populations. The conference featured officials from conservation groups and energy companies alike, discussing solutions for salmon that are affected by hydropower dams.

There was a consensus that both groups could not depend on politicians to find an amenable way to resolve the problem.

The simple solution to Stefani — and many conservationists — is to remove the dams on the lower Snake River that are preventing schools of salmon from swimming upstream to reproduce in the cold Idaho mountain waters.

Chris Wood, president of Trout Unlimited, said the Idaho salmon population is effectively on the brink of extinction. Historically, between 2 million and 6 million fish could be found in the Snake River. Most recently, counts are around 7,000. Only 500 salmon were found in a recent count, Wood said.

“These fish can’t migrate to their native streams,” he said.

While many talk about solutions in the years to come, Wood worries there may not be time to find a solution.

“We don’t have a lot of time,” he said. “If the issue is how do we protect these wild fish, we are running out of time.”

However, utility companies across the Northwest rely on the energy produced from those dams to supply their customers with clean, reliable energy.

Prairie said power companies use hydropower to keep the lights on and heat working, especially during winter.

Prairie said the issue is complicated, and he and his peers are committed to helping find solutions.

Gov. Brad Little spoke to the conference at the beginning, touching on the need for a solution that is agreeable to both parties. Little also talked about putting together a task force to tackle the issue of wild fish population comprised of many people who attended the conference.

Want more news like this in your email inbox every morning?

“What stays the same is our cumulative desire to maintain our incredible quality of life in this amazing state,” Little said. “I think everyone agrees the current efforts are not enough.”

Jaime Pinkham, director of the Columbia River Inter-Tribal Fish Commission, said while there’s progress to be made, he’s encouraged by the willingness to have tough conversations between groups that are historically at odds.

He noted these discussions could not have happened in the 1980s, when the trends in fish population started to spiral downward, because the two parties were unwilling to talk.

Elliot Mainzer, the director of the Bonneville Power Administration and one of the panelists, said taking out the dams could have consequences for power customers in his area.

Mainzer said the company is searching for a solution.

Justin Hayes, executive director of the Idaho Conservation League, said the true solution for saving the salmon population is removing the dams. However, he doesn’t want an onslaught on power companies and officials. He said if they feel attacked, they won’t come to the table to discuss a mutual solution.

“What you saw is an understanding (that) these dams are an important part of the current system,” he told the Idaho Press.

Hydropower isn’t the only thing that makes the dams an integral part of the river, but also farms and agriculture. A number of farmers in Idaho use the river to transport their crops via barges. If the dams are taken out, the river levels will fall.

“We know there’s a problem, we suspect it might be the dams. We are pretty sure it might be climate change,” said Sam White, chief operating officer of the PNW Farmers Co-Op grain division.

White said he’s ready to look for a solution, though he recognizes his priorities lie with grain. If farmers can’t ship their crop, it’s not an agreeable deal.

He said he would consider railroad transportation of crops if it were made available. Currently, the farmers in the area don’t have the rail access they would need to do that.

“I’m confident that we can sit down and discuss (solutions),” he said. “It’s going to involve a compromise.”

U.S. Rep. Mike Simpson, R-Idaho, challenged attendees to ask themselves what they’ll do to improve fish populations — no matter if they’re approaching the issue from the conservation side or the industry side.

“I have concluded that I am going to stay alive long enough to see salmon return to healthy populations in Idaho,” Simpson said.