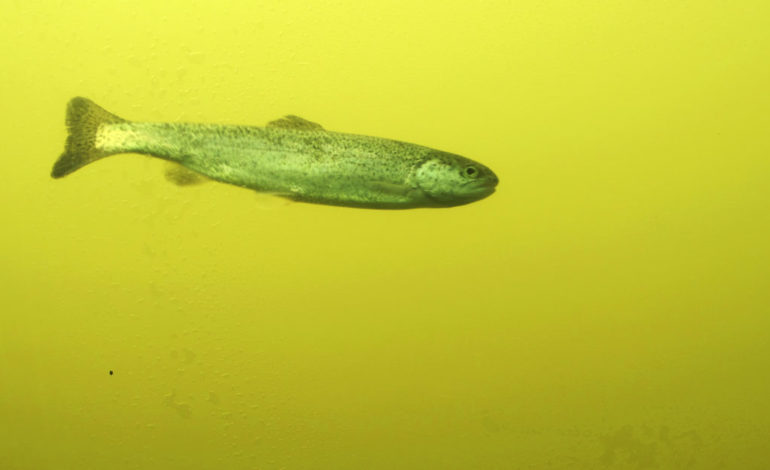 WASHINGTON — The U.S. House approved a bill Wednesday that would effectively stop the spilling of water from four Pacific Northwest dams to help migrating salmon reach the Pacific Ocean.

The bill, approved 225-189, would prevent any changes in dam operations until 2022. It was sponsored by Republican Reps. Cathy McMorris Rodgers and Dan Newhouse, both of Washington state. Rep. Jaime Herrera Beutler, R-Battle Ground, was a co-sponsor of the legislation.

“We are recognizing the role dams play in the Northwest and that dams and fish can co-exist,” McMorris Rodgers, the fourth-ranking House Republican, said after the vote.

“There’s only one sensible way to balance the health of our salmon runs with residents’ need for low-cost, hydropower energy in the Northwest — and that’s to restore a scientifically backed operations plan,” Herrera Beutler said. “On behalf of our salmon, our Northwest ratepayers, our economy, and our environment, passing H.R. 3144 is vital to ensure that we’re relying on collaboration and science to best manage our river system.”

Critics, however, blame the giant dams, built in the 1960s and 1970s, for killing wild salmon, an iconic species in the Northwest. Environmentalists have pushed to remove the dams to aid salmon recovery.

The bill now goes to the Senate. “I urge my colleagues in the Senate to come forward and support our dams,” Newhouse said.

But at least one Northwest senator vows to oppose the legislation.

Sen. Patty Murray, D-Wash., in February sent a letter to Senate and House leaders expressing her concern with the bill. She said Wednesday she stands by that opposition.

“There is an ongoing legal process intended to account for all uses of our critical river system and a court-mandated comprehensive review that everyone can participate in, so I oppose this legislation that would cut off and politicize what should be a robust and transparent process,” Murray said.

Once one of the greatest salmon fisheries in the world, the Columbia-Snake river system now has more than a dozen endangered salmon runs.

Democrats have argued that on-going studies of the dams, including whether they should be removed, must go forward.

The four dams — Ice Harbor, Lower Monumental, Little Goose and Lower Granite — span the Snake River between the Washington cities of Pasco and Pullman. Together they produce about 4 percent of the region’s electricity.

Proposals to remove the dams have percolated in the Northwest for decades, and have devolved into a largely partisan issue with Democrats generally on the side of fish and Republicans for keeping the dams.

The government has spent some $15 billion over the decades to increase salmon runs, with mixed results.

The dams operate under a plan to protect salmon created by a collaboration of federal agencies, states and Indian tribes during the Obama administration.

Simon found the plan does not do enough. He ruled a new environmental study is needed and it must consider the option of removing the dams. He also wrote that wild salmon were in a “precarious” state.

McMorris Rodgers countered that the number of salmon returning from the ocean to spawn is high.

“We have been in court now for 20 years,” McMorris Rodgers said.

The House bill would delay changes to the 2014 plan for dam operations until 2022, she said.

“The experts … should be the ones deciding how to best manage this system,” Newhouse said. “Not a judge in Portland, Oregon.”

Northwest RiverPartners, which represents a group of river users, hailed the bill as good news for salmon.

Salmon “will continue to benefit from protections that are already working,” director Terry Flores said.

But environmental groups were dismayed by the bill.

“This legislation ensures that we continue on the same costly, ineffective path that has seen continued declines in wild salmon in the Pacific Northwest,” the environmental groups said in a joint press release.

The bill “would push salmon closer to extinction,” they contend.