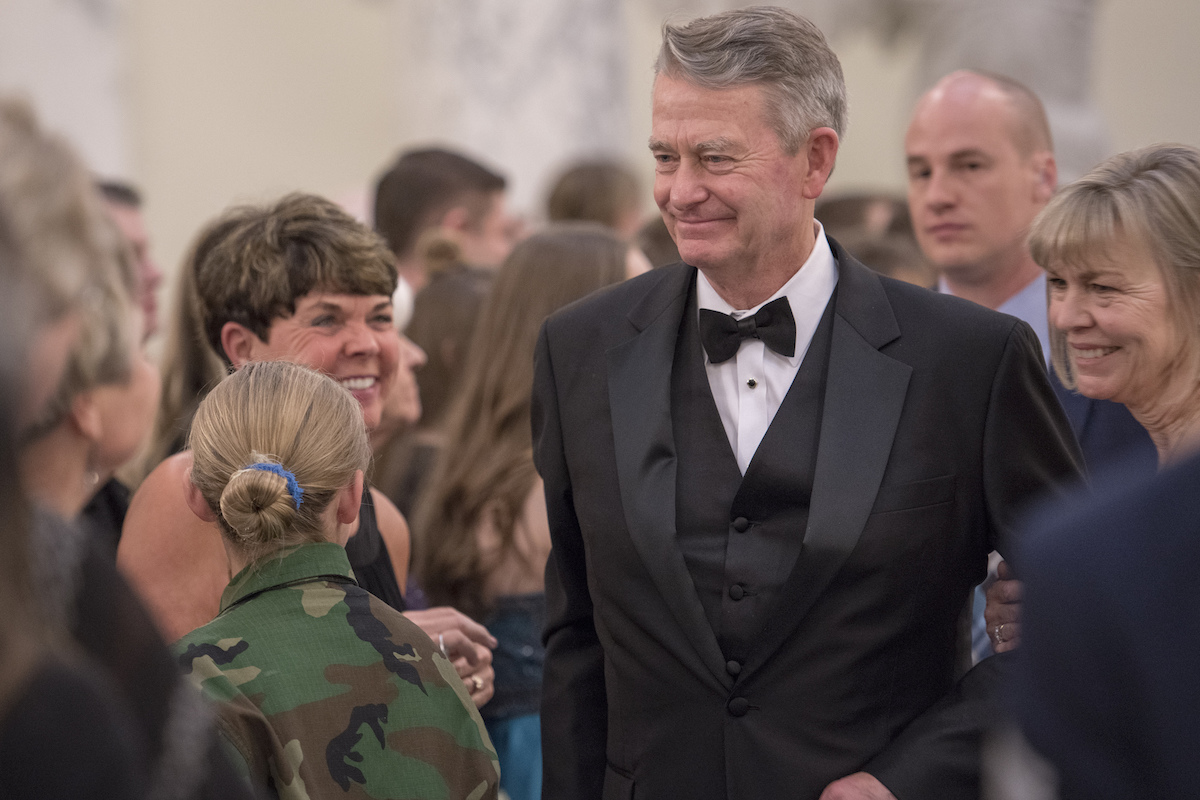 Less than two weeks after being sworn in as the 33rd governor of Idaho, Gov. Brad Little, a Republican, has broken with national party leaders on climate change, declaring unequivocally that the phenomenon is real.

In an address Jan. 16 at an event organized by the Idaho Environmental Forum, an association focused on discussing environmental policy in the state, Little bluntly told the gathered crowd, “Climate change is real.” In the stunned silence that followed his unexpected pronouncement, he went on to discuss how he’d seen Idaho’s seasons shift over his lifetime: “I mean, I’m old enough that I remember feeding cows all winter long in deep snow … boy, back in the old days when I was a kid, we had winters.”

In response to an audience question on how Idaho is adapting to climate change, Little, the leader of one of the West’s most conservative states, said that change can come from regulation, but also from market forces. (Full disclosure: Little served on the High Country News board in the late 1990s.)

“These ecosystems are changing,” Little said. He highlighted the importance of biological diversity so that landscapes can adapt, and the need to figure out how to cope with the issue. “Climate’s changing, there’s no question about it.”

His comments came as the issue of a warming world becomes central, once again, in national discourse: Recent polls indicate two-thirds of voters are concerned about climate change and support action on the issue; Democratic hopefuls for president are signaling their commitment to aggressive action; and the idea of a Green New Deal that would transform the U.S. into a renewable-energy based economy continues to make headlines. And Little’s stance is a stark deviation from the Trump administration, which has minimized the effects of climate change and muzzled scientists.

“That’s the first time I’ve ever heard (Little) mention those words,” said Becca Aceto, the Idaho Wildlife Federation’s communications and outreach coordinator, who attended the event. “That was very direct, and that was very black and white.”

Such straightforward statements could have significant effects on state politics and policy. About 220 people attended the event, a forecast of the environmental issues that may surface during the 2019 Idaho legislative session. The governor also discussed the intricacies of wildfire management and forest planning processes, the importance of aquifer recharge and other issues. Marie Kellner, the president of the Idaho Environmental Forum board and the Idaho Conservation League’s water expert, said the top-down support for climate science could empower state agencies and environmental groups alike to talk about and plan for climate change and its impacts. “This allows people to acknowledge it, and frame things in terms of climate,” she said.

Kellner’s colleague Ben Otto, who works on energy issues at the Idaho Conservation League, echoed the importance of statewide leadership on climate change. “There hasn’t been a clear energy or climate policy in this state for a long time,” Otto said. “To have the governor say, ‘no, this is happening, we actually have to work on this, we need to fix it,’ is just — finally, we’re going to be wrestling with some incredibly impactful things.”

That’s a hope shared by Democratic state Rep. Rob Mason, who also works for The Wilderness Society. “I’m certainly glad to hear that the governor’s interested in looking at climate change,” Mason said. “It’s something we need to think hard about in this state and address, and I’m eager to find out more about what the governor would like to do and how we can work together.”

Little’s unambiguous statements were in sharp contrast to those of President Trump, who has repeatedly ignored or diminished the catastrophic threats posed by climate change: “I don’t believe it,” he said in response to a major national report on the costs of climate change in November. Little’s comments were also, apparently, a surprise to Idaho state House Speaker Scott Bedke, also a Republican, who presented after Little at the Boise event. While Bedke is “more comfortable calling it variability,” he also discussed the risks to Idaho’s water resources that come with a changing climate, particularly shifts in the timing of precipitation and whether it falls as snow or rain. “That’s going to force change when we get around to getting our minds around that,” Bedke said, a conversation that may have been jumpstarted by Little’s remarks. To laughter from the audience, Bedke acknowledged the remarks were groundbreaking: “I think that — well, you saw the earth move earlier.”