VANCOUVER, Washington — Farmers, fishermen and environmentalists sparred Thursday over a proposal to breach four dams on the Snake River to prevent extinction of salmon born there. 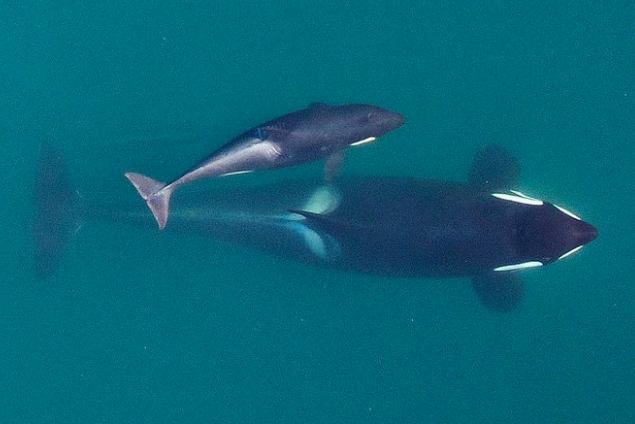 The time could be ripe for the proposal long favored by environmentalists, with requirements under decades-running litigation dovetailing with measures called for by a state task force bent on saving endangered killer whales.

The government is preparing to take an official position in February on whether breaching the four dams is necessary. U.S. District Judge Michael Simon ruled in 2016 that the Army Corps of Engineers, the Bureau of Reclamation and Bonneville Power Administration must consider that action in their latest environmental impact statement on the operation of the 14 federal dams in the Columbia River System.

Despite decades of work and billions spent to save salmon from damage caused by the dams, Simon wrote that the Columbia River system was “still crying out” for a major overhaul. He criticized the agencies for their failure to consider breaching the dams and for insisting that measures similar to those already in place would work to recover salmon. The National Wildlife Federation filed the lawsuit in 2001 and Simon’s 2016 ruling was the fifth in the case to scrap the government’s plan after finding it too meek.

Washington state legislators earmarked $750,000 to produce a report on Washingtonians’ views on the potential removal of the four dams: Ice Harbor, Lower Monument, Little Goose and Lower Granite. The action was called for by Gov. Jay Inslee’s Southern Resident Orca Task Force, which determined that the main problem facing endangered orca is lack of the Chinook salmon the whales eat. The consultants’ final report will be out in March. It won’t make recommendations but will inform Inslee’s comments on the February environmental impact statement.

Jim Kramer, one of the consultants hired to produce the report, led Thursday’s discussion with 10 panelists, ranging from farmers, barge operators, and dam operators to river guides, fishermen and whale biologists.

The Washington Clean Energy Act calls for the state to be fueled by 100% clean energy by 2045. Sara Patton, former executive director of the Northwest Energy Coalition, said that would be possible with an increase in wind and solar energy, a transition to a smart energy grid and better efficiency standards.

But Birgit Koelher, policy lead for power at Bonneville Power Administration, said power produced at the four dams is an important part of compliance with the new law.

“There are times of year when Bonneville is struggling to just meet demand,” Koelher said. “The Snake River dams can pretty much instantaneously double their power generation when the conditions are right. For now, they’re a pretty darn valuable asset.”

For Joel Kawahara, salmon fisherman and vice president of the Coastal Trollers Association, breaching is the obvious answer.

“Wild salmon want undisturbed rivers to do their thing in,” Kawahara said.
But Alex McGregor, chairman of the Association of Washington Business Rural Economic Vitality Taskforce, said potential disruption to irrigation and transportation farmers rely on is a hard stop.

“For farmers, the issue is not a considerable amount of money,” McGregor said. “The issue is much deeper than that. Farmers love what they do, they believe in farming and so many people measure what the land was and want to see it better at the end of their tour of duty. I’ve yet to hear any way that that can be done with breaching.”

A 2019 economic study by ECONorthwest found that the economic benefits of breaching the dams far outweighed those of keeping them operating. The environmental impact statement will include updated calculations of the dams’ costs and benefits.

Dave Johnson, manager for the Nez Perce Tribe Fisheries Department, said tribes have been unable to harvest the salmon guaranteed in treaties in exchange for ceding their land.

“It always seems as if somebody else’s livelihood is more sacrosanct than others,” Johnson said. “And we are the only ones with a guaranteed livelihood. In the treaties it said, ‘You’re always going to have that livelihood.’ The U.S. got millions and millions of acres of land yet we haven’t really had any harvest for years.”

Sam Mace, inland Northwest director with Save Our Wild Salmon, said she hoped the discussion would create the meaningful action for salmon that litigation has failed to achieve.

“We’ve just lost so much time in the last 20 years,” Mace said. “There’s urgency for our orca and for our salmon. And there just haven’t been enough of those conversations happening between different interests to figure out some of these issues.”

Public comment on the draft report will be accepted until Jan. 24.