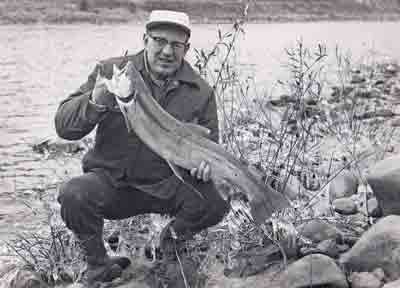 From the desk of Sam Mace, Save Our Wild Salmon

A lifelong flyfisher and hunter, Fenton covered the outdoors for the Spokane Daily Chronicle and Spokesman-Review for 60 years. He was a founding member of the Inland Empire Flyfishing Club and an ardent conservationist.

Fenton graduated from University of Idaho in 1938 with a degree in Journalism. He went to work at the paper before going to serve his country in World War II. On his return he started back at the paper.

As the Spokesman outdoor writer, Fenton followed and reported on the planned four lower Snake River dams, built between 1960 and 1975, as well other large federal dams built in those decades including Dworshak on the Clearwater. In the 1950s sportsmen and the Washington Department of Fish and Game were raising alarm at the impact the four dams would have on the Snake River’s renowned salmon and steelhead fisheries.

Fenton was one of many sportsmen who regularly hunted the draws and fished for steelhead and salmon on the free-flowing lower Snake River and its tributaries. Those who knew and loved the river understood the immense damage the four dams would wreak on both the fisheries and the productive wildlife habitat along the river that provided great hunting.

Fenton followed closely the passionate fight to stop lower Granite dam in the late 60s and early 70s. Witnessing the steep declines in fish numbers as the dams went in, sportsmen made a stand on Lower Granite dam and fought hard to stop its construction.

Fenton defended the free-flowing river as he was allowed to on the pages of the Spokesman-Review, a paper ardently supportive of the proposed dams. On more than one occasion Fenton’s articles were edited to reflect the position of the paper’s management, but he managed to slip a sentence in here and there in defense of the wild steelhead and salmon. 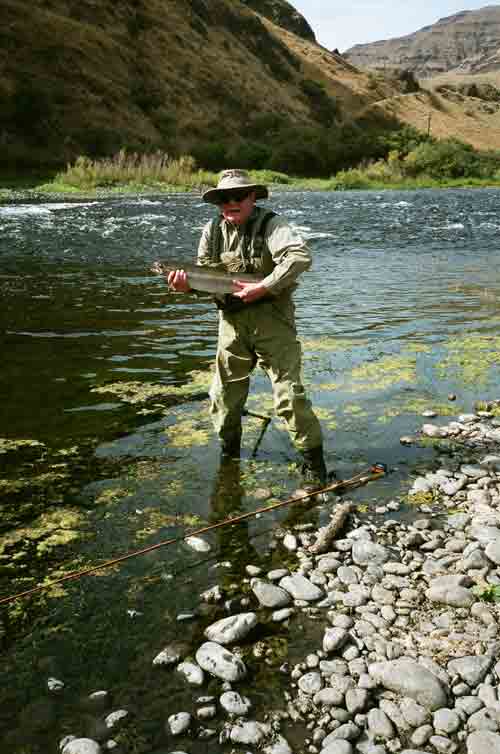 We owe so much to those of the Greatest Generation, who were patriots for their country and defenders of the great outdoors. While they lost the battle over Lower Granite, they were able to stop additional dams planned upstream on the Snake River.

Fenton continued to write, fish, hunt, hike and enjoy the outdoors well into his 90s. He was married for nearly 70 years to his wife Violet, who passed away in 2012. Fenton is survived by many children, grandchildren and great-grand children. His son John Roskelley, a mountaineer, conservationist and former Spokane County Commissioner, was the first elected official in eastern Washington to publicly support removal of the four lower Snake River dams.