Four dams along the Lower Snake River are drawing protests for their impacts on salmon. 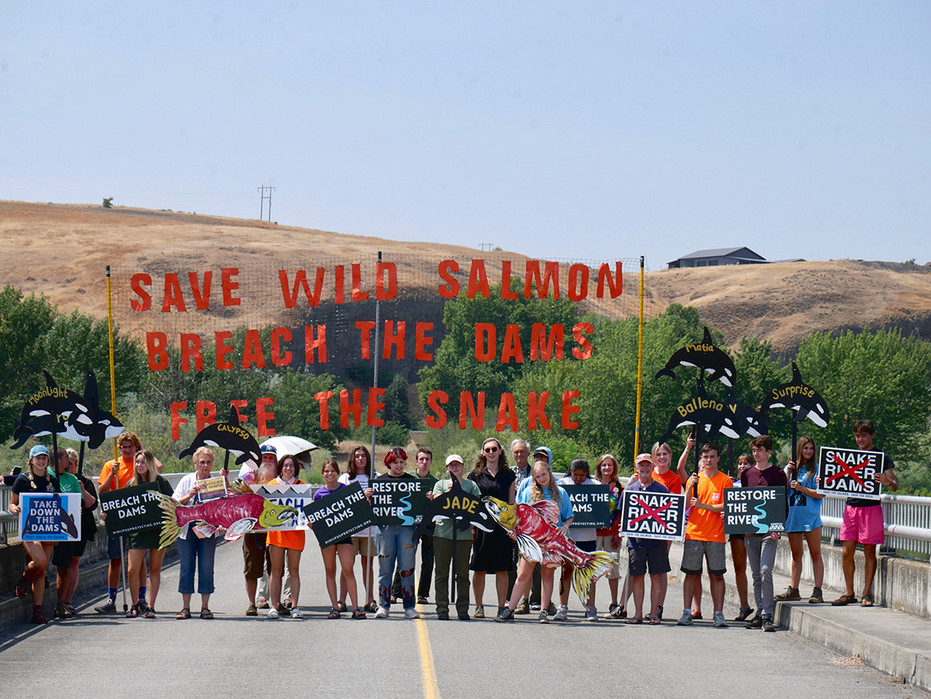 CLIMATEWIRE | Thousands of students in the Pacific Northwest are fighting to protect salmon and steelhead by joining tribes and state officials to call for the removal of four dams along Washington's Lower Snake River.

The dams are part of the Federal Columbia River Power System, the largest regional supplier of clean energy. While the hydroelectric dams have produced emission-free power, their impact on fish species has drawn attention from activists and high-profile officials who say the structures should be replaced with other forms of renewable energy.

“The question should not be whether to remove the dams but rather how best to mitigate the impacts of doing so,” said Maanit Goel, 16, founder of the Washington Youth Salmon Alliance. “Clean energy at the cost of a keystone species is not really clean energy at all.”

Raised in the Seattle suburbs, the high school sophomore leads a youth movement advocating for fish protections because a shortage of salmon endangers the orcas in Puget Sound that rely on them for food.

Over the past few months, the group has been collecting hundreds of signatures to present to Sen. Maria Cantwell (D-Wash.), Gov. Jay Inslee (D) and the U.S. Army Corps of Engineers, which manages the dams, to draw attention to the structures' effect on fish.

Shiva Rajbhandari of Idaho leads the Youth Salmon Protectors, a coalition of over 2,000 students pushing for the removal of the four dams. The group has been working since January 2021 to pressure lawmakers to take legislative action toward breaching the dams, which block the fish from swimming upriver into Idaho.

Last year, Rep. Mike Simpson (R-Idaho) proposed the Columbia Basin Fund initiative, a $33 billion effort to remove and replace the dams by 2031 and create clean energy programs that would help restore local wildlife. A few months later, Inslee and Sen. Patty Murray (D-Wash.) said they would propose plans for the dams' removal and replacement by July.

“This summer is the summer for salmon,” Rajbhandari said. “We mean to mobilize over a million people, including at least several hundred thousand students, to take action and tell their elected officials why this matters.”

The issue has also received attention from the Biden administration. Last fall, the administration announced it will collaborate with tribes through a multiagency effort to restore wild salmon and their ecosystems.

Last month, the White House published a blog acknowledging federal culpability for actions “that have caused harm to the ecology of the river, its tributaries, and importantly, its first residents” while reaffirming the administration's commitment to work with tribes.

Youth activists said they are optimistic that federal attention will lead to the dams' removal.

“I hope the Biden administration works with lawmakers like Rep. Simpson and the delegations from Oregon and Washington to solidify a plan,” said Liz Duke-Moe, one of the leaders of the Youth Salmon Protectors. “This is no longer a fight for salmon, but a moment to prove there is hope for our generation within the climate crisis.”