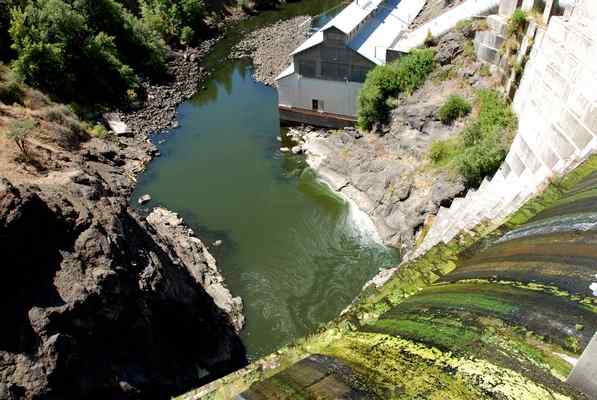 The largest dam removal project in U.S. history came one step closer to fruition this week, as California issued permits for breaching the four dams on the Klamath River.

The State Water Resources Control Board issued a Clean Water Act certification and environmental assessment for the proposal to remove three dams in Northern California and one in southern Oregon.

"Decades in the making, this historic and comprehensive project will help restore native fish populations, and improve water quality in the Klamath Basin," board Chairman E. Joaquin Esquivel said in a statement.

At issue are four dams on the Klamath River, which snakes from southern Oregon through a rugged and remote part of Northern California to the Pacific Ocean.

The river is the second largest in California, and it is home to multiple tribes that have relied on its salmon runs for millennia. Those runs have dwindled significantly due to a variety of factors including climate change and the river's four downstream dams.

After years of lobbying and pressure, the four hydropower dams — Copco No. 1, Copco No. 2, J.C. Boyle and the largest, Iron Gate — are set to be removed after their operator, PacifiCorp, concluded the dams no longer made financial sense; they produce very little power, and relicensing them with the Federal Energy Regulatory Commission would likely be costly because fish mitigation would be required (Greenwire, March 13, 2017).

PacifiCorp is seeking to transfer the dams' license to the nonprofit Klamath River Renewal Corp. It says breaching the dams could begin in 2022, and FERC could vote on the transfer as soon as this spring.

The local tribes on the river cheered this week's announcement from the State Water Resources Control Board as the clearing of a key hurdle.

"This represents another milestone in our decades long effort to remove dams and restore our fishery," said Frankie Myers, vice chairman of the Yurok Tribe, in a statement. "Working with PacifiCorp, we have found a way to remove dams, restore our river, and dramatically improve water quality."

Nevertheless, the roughly $450 million dam removal project remains controversial in the region, one of the most conservative areas of California. In particular, landowners along the river and the reservoirs behind the dams say their property values will plummet (Climatewire, March 30).

Other supporters of dams in the West, including in Congress, have raised concerns about the precedent the project would set.