Columbia Basin Bulletin: Federal Climate Report Suggests More Warm Years Such As 2015 Will Be A Reality For Columbia Basin 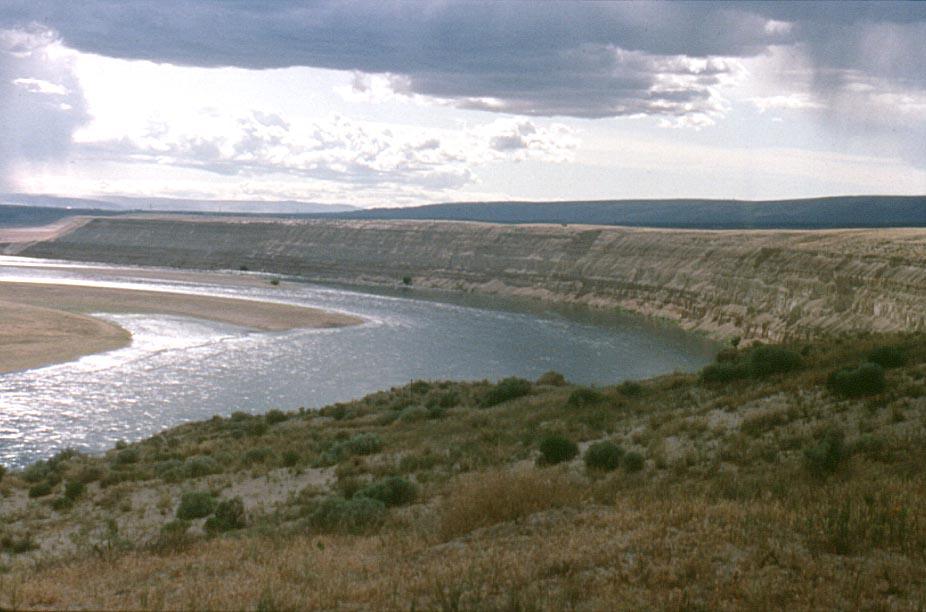 In 2015, low river flow conditions, coupled with high air temperatures and warm water in the Snake and Columbia rivers and their tributaries from mid-June to mid-July, resulted in the highest mainstem water temperatures recorded in the Columbia River Basin.

Few Snake River sockeye, listed as endangered under the federal Endangered Species Act, made it to Lower Granite Dam and even fewer found their way to spawning grounds in the Sawtooth Valley.

That scenario could become the new normal or worse, says a federal report on climate change released the day after Thanksgiving, Nov. 23.

According to the report – the Fourth National Climate Assessment, which has a chapter that focuses solely on the Pacific Northwest (Chapter 24) – climate change is affecting the natural environment, agriculture, energy production and use, land and water resources, transportation, and human health and welfare across the U.S. and its territories.

“Unless we rapidly reduce the amount of carbon we’re putting into the atmosphere on a global basis, we will increasingly experience extreme weather events – and the Northwest will not be exempt,” said Phillip Mote, director of the Oregon Climate Change Research Institute at Oregon State University and a co-author on the Pacific Northwest chapter. Mote this week was named vice provost and dean of OSU’s Graduate School.

“The impacts in 2015 were profound and affected natural resources, public health and local economies. I wish I could say that year was an anomaly, but it is likely that those conditions will become more and more frequent.”

The Northwest experienced its warmest year on record in 2015: the annual average temperature was 3.4 degrees Fahrenheit warmer than the 30-year average. Winter was worse, with temperatures averaging 6.2 degrees F above normal.

“Climate change threatens our health, our communities, and our economy. The science is there, the facts are real — and the time for bold action is now,” Oregon Gov. Kate Brown tweeted this week.

The report says that “the warm 2015 winter temperatures are illustrative of conditions that may be considered ‘normal’ by mid-century,” according to an OSU news release.

“As a result of the high temperatures and sparse precipitation, snowpack levels in Oregon and Washington were the lowest on record: Oregon was 89 percent below average, Washington, 70 percent,” OSU says. The snow drought led to lower river levels that affected many farmers, who received reduced allocations of water for irrigation or had their water shut off early. In Eastern Oregon’s Treasure Valley, farmers received only a third of their normal irrigation water because the Owyhee Reservoir did not have adequate river inflows to fill the reservoir for the third year in a row.

The impacts of 2015 tell the story of what it will be like if the Northwest continues to warm at the same rate it has over the past half century, according to OSU. Low stream levels and warm water resulted in fish die-offs; agricultural losses were between $633 million and $773 million in Washington alone; a combination of low snowpack and extreme precipitation deficit in spring and summer led to the most severe wildfire season in Northwest history; Ski areas struggled to remain open; the lack of snow affected summer recreation. Visitors to Detroit Lake in Oregon dropped by 26 percent due to historically low water –as much as 70 feet below capacity in July – rendering most boat ramps unusable.

“The scientific community has spoken clearly and unequivocally that climate change is a present and growing danger to our nation, our economy and our way of life,” said Washington Gov. Jay Inslee. “Nations are rushing to be at the head of the pack in the global transition to a carbon-free future. Now is the time for us to unleash American innovation and investment in clean energy technology and defeat the scourge of climate change before it’s too late.”

Even in 2014 and before, the Council had anticipated that the Columbia River basin would see warmer temperatures with more precipitation falling as rain rather than snow, with snowpack diminishing, particularly in lower-elevation watersheds, and alteration of stream flow timing. Peak river flows will likely shift to earlier in the spring and water temperatures will continue to rise.

Among the measures recommended by the Council’s Program to adapt to a changing and warming climate are:

In a recent review of the Council’s Program by the Independent Scientific Advisory Board, the ISAB said “The scientific evidence is unequivocal that humans are driving climate change and ocean acidification. Indeed, the Council should increase its efforts to promote public awareness, convene science/policy workshops, and encourage the development of alternative energy.”

Under the Northwest Power Act of 1980 that authorized the four Northwest states to form the Council, the Council created the original Program in 1982. The Program is revised every five years based primarily on these recommendations.

The Council is currently accepting recommendations for amendments to the Program.

“The more planning for adaptation and mitigation the better,” Mote said, “but there are some supreme challenges – especially for isolated communities, tribal communities and others that rely on natural resources. Water availability, water quality and infrastructure are foundational issues moving forward.”

The Northwest chapter includes authors from Oregon, Washington and Idaho representing universities, state and federal agencies, Native American tribes, and private industry. They organized the chapter by looking at the impacts of climate change on natural resource economy, the natural world and cultural heritage, infrastructure, health, and frontline communities.