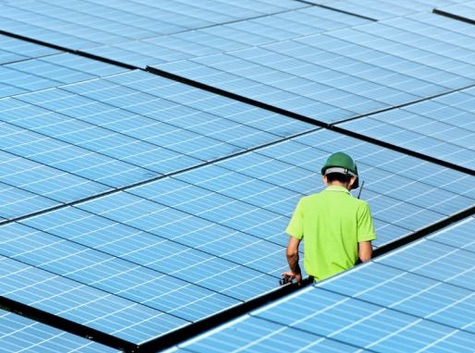 Randy Hardy, an energy consultant and former head of the Bonneville Power Administration (1991-97), told the Northwest Power and Conservation Council Wednesday that California is engaged in a “fascinating social experiment” in its encouragement of renewable energy, particularly solar power, with serious implications for BPA that could worsen.

The Golden State has fueled solar power by policy and tax incentives that have created a situation where homeowners and other energy consumers would be “crazy” not to invest in solar power, Hardy said at the Council’s November meeting in Coeur d’Alene, Idaho.

Renewables currently provide about 30 percent of power needs in California, but that state has set a target for renewables to provide 50 percent of energy needs by 2020. Combined with low-cost natural gas and transmission-limited wind power, the overall effect is to drive electricity costs below $30 per kilowatt hour. The continuously growing solar market may keep prices below $30 for the next 10-15 years. (BPA’s wholesale power rate for 2016-17 is $33.75 per megawatt hour.)

“They are already at capacity for solar and that’s only going to get worse,” said Hardy, explaining how California has an ever-growing mid-day power surplus, and power load periods that occur in the evening and night hours.
“It’s already had tremendous implications for Bonneville,” partly because it has washed away the spring hydropower surplus, said Hardy, who heads up Hardy Energy Consulting Co.

Hardy warned there is even potential for California solar energy prices to go zero or below zero, and because of the tax benefits, it may even make sense for solar power to producers to keep generating power despite below-zero prices.   “You still get the tax credit to keep producing,” he explained.   Hardy predicts there will be increasing curtailments on power production, and not only during the summer months. He explained how curtailments basically work: solar power producers will be compelled to “trip the breaker and the solar plant shuts down.”

But the tax incentives will still be in place and it will still be economical to keep building solar power infrastructure, continuing to exacerbate the surplus problem. Hardy said California officials so far are “very reluctant to admit there are any problems associated with this … that adds to the dynamic of trying to address this,” and he believes that reluctance is partly due to labor interests associated with the solar power industry.

BPA is faced with some tough choices, Hardy said, but there are some upsides in the outlook. Hydropower and natural gas are modern, flexible energy resources. Hydro can meet demands in California during periods that solar can’t provide it.

Increasingly, “transmission, transmission, transmission” will be a leading driver for moving renewable energy, he said, noting that up-start independent solar power producers are already finding they cannot transmit the energy they produce. Hardy surmises that large-scale electricity storage is still about 10 years away.   BPA has transmission capacity, but Hardy said there may be bottlenecks in the system where they didn’t exist before.

“The industry is in the midst of enormous technological changes and it is fascinating to watch,” said Hardy, noting that Seattle has, by every account, more commercial construction going on than any other city in the country. Despite the apparent increase in power demands that new development would bring, Seattle’s power load is actually going down due to modern light bulbs and electrical systems that are being put to use city-wide.

Hardy ultimately suggested that marketing its flexible, on-demand energy, transmission capacity and moving to longer term contracts — five to seven years — at above cost prices could be part of a more solid financial outlook.

Jim Yost, an Idaho council member, wondered if removal of upper Snake River dams — a move that has been advocated by many — may become unavoidable in a low-cost energy environment.

Hardy noted during his talk that “continued low-power prices for Bonneville will leak into other areas like fish and wildlife,” along with other financial pressures and necessary operational changes to get hydropower to markets at the right high-demand times.