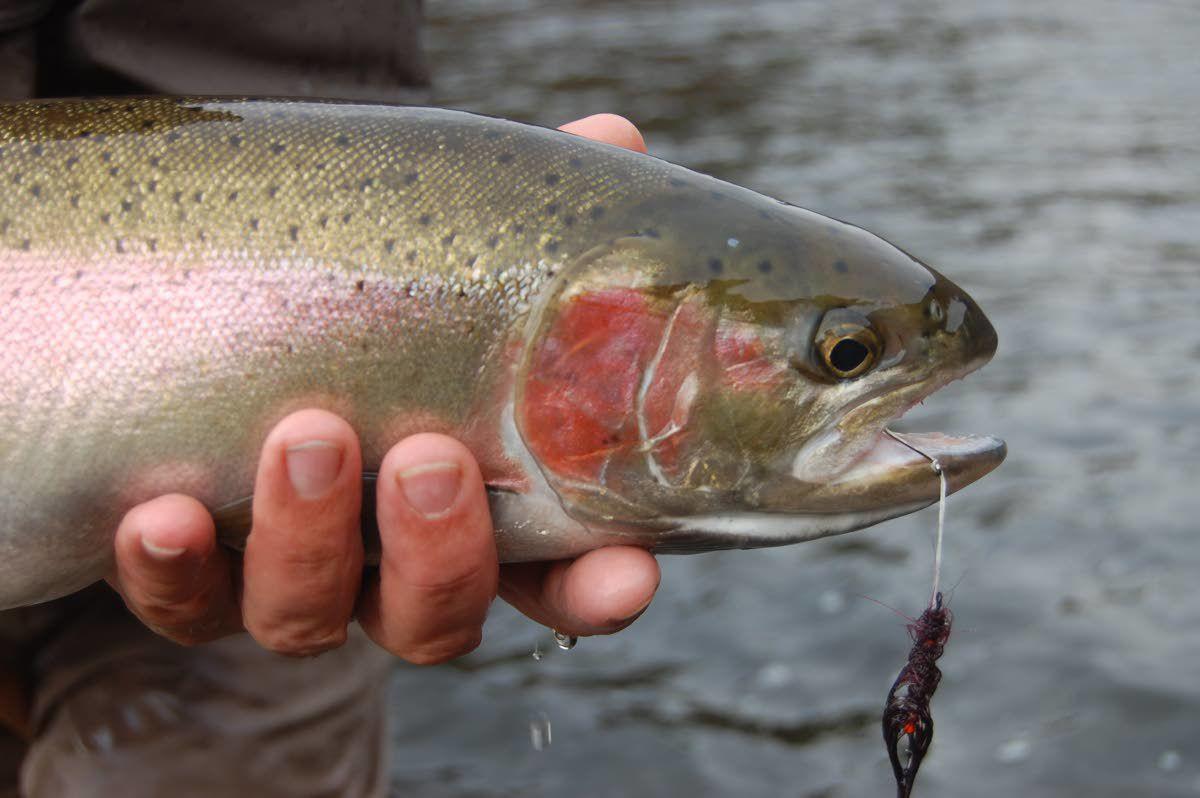 Few spring chinook have passed Bonneville Dam. As of April 16, just 267 fish had passed the dam, the second lowest passage in 10 years and only 4 percent of the 10-year average of 6,564 fish on that date.

Conditions, however, are improving. Some 38 fish passed the dam April 16 and 54 passed yesterday, April 17, bringing the total to 321 fish. That’s still just 4 percent of the 10-year average.

In addition, last week, the Columbia River was nearly 16 feet at the Vancouver, WA. gauge, which is flood level, and turbidity was high. The level dropped to 10 feet this week and is predicted to drop to 8.5 feet by the weekend. Still, turbidity remains an issue, with visibility just one to two feet, as was noted by several recreational advisors and guides who called in for the Compact hearing this week, April 17.

At the hearing, the Compact staff had recommended what it termed a “conservative” three days of fishing – Friday, April 19 through Sunday, April 21.

However, most of the public who testified during the two-hour hearing – recreational advisors, anglers and guides – urged the Council to provide even more days of fishing and to reopen the river to chinook angling Thursday through Monday.

This weekend's opening comes after fishery managers from Washington and Oregon evaluated additional information collected from the recreational fishery, said Bill Tweit, special assistant with the Washington Department of Fish and Wildlife. Staff will continue to closely monitor the run as it progresses.

"With updated catch estimates still well below the expected harvest numbers, we feel comfortable reopening this section of river for another round of weekend fishing," Tweit said. "Water levels are still high but are starting to stabilize, which may provide improved fishing opportunity."

Given the uncertainty that the chinook run would meet the preseason forecasted number of 99,300 fish, neither Oregon nor Washington representatives would approve extending the period out the five days that anglers and guides wanted.

Tucker Jones of the Oregon Department of Fish and Wildlife approved, instead, of the staff-recommended three days, but Tweit worried that harvest could exceed the allowed number of fish if a revised run size forecast due in early May comes in lower than anticipated. “Still, there is no certainty on the run size,” he said.

So far since the first of March, anglers have caught 1,551 chinook in 27,400 angler trips through April 14. Of those, 1,366 are upriver chinook, which is 37 percent of the 3,689 fish available to recreational anglers prior to a run update, which is not expected until early May. Compact staff said that the run update could drop to as low as 53,300 fish and still accommodate the allowable catch.

Stuart Ellis of the Columbia River Inter-Tribal Fish Commission and a member of the U.S. v Oregon Technical Advisory Committee said that other years have seen similarly poor early results, yet still ended up close to preseason forecasts. For example, he said, last year on April 16, just 250 fish had passed the dam, yet the total passage at Bonneville by the end of the season was 108,000 fish. On the other hand, the 2007 count at the dam April 16 was a robust 4,200 fish, but the final count was just 81,000.

Dave Moscowitz, Executive Director of The Conservation Angler, reminded hearing participants that steelhead are also having a tough year with passage at the dam of 1,547 steelhead (846 wild), which is 49 percent of the 10-year average of 3,125.

The fishery will reopen on the Columbia River April 20 and 21 upstream from the Warrior Rock boundary line to Bonneville Dam. The lower river downstream from Warrior Rock remains closed to fishing for salmon, steelhead, and shad, WDFW said in a news release. Anglers may retain one adult chinook and one adult steelhead, or two adult steelhead, per day. Only hatchery fish may be retained, and barbless hooks are required when fishing for salmon and steelhead.

Waters above Bonneville Dam to the Oregon/Washington state line above McNary Dam remain open to salmon fishing through May 5.