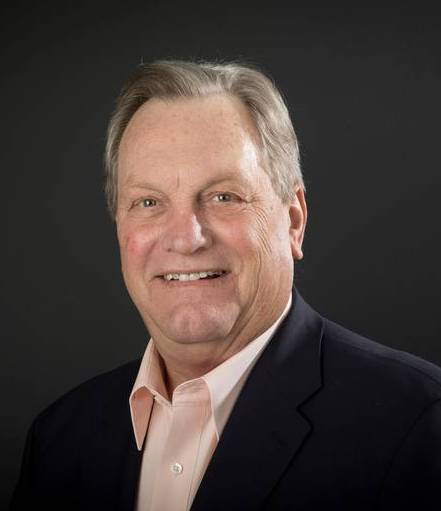 Though he has not introduced any legislation, the eastern Idaho Republican says he still supports taking down the dams while replacing the economic benefits they provide to the region.

Simpson responded to questions about the plan from the Capital Press through email.

Ever since you first announced your plan, agricultural organizations have spoken out against it. Why do you think this is?

Simpson: I haven’t seen agriculture groups speak out against the merits or various components of my plan as much as they are vocally opposed to any idea of breaching the four Lower Snake River dams, a position they have held for many years.

I saw a window of opportunity where we in the Northwest could protect all stakeholders, ensure the survival of Northwest salmon, end the ongoing salmon litigation, and live up to our treaty obligations with the tribes.

My plan is designed to protect our water and provide operational certainty for generations of agricultural producers.

I am proud that I was the first to place an actual value on replacing the “benefits” that agriculture and other stakeholder groups receive from the dams. The dams are very valuable, and I determined it would cost $33.5 billion to replace the benefits they produce.

I do not think many of your readers in Oregon, Washington, Idaho, and Montana realize how they will benefit from my plan. I intend to protect all agriculture affected by loss of the dams and, at the same time, address water quality and quantity issues throughout the Northwest by ending water lawsuits against agriculture for 25 years.

Do any ag groups support the plan?

Simpson: As I mentioned before, agriculture groups seemed reluctant to engage in any discussion regarding the specifics of my proposal that benefit agriculture. It was often hard to get past the obligatory “Hell no.” I get it — nobody likes change.

I am encouraged by the number of farmers from the Upper Snake River Basin who thanked me for driving this discussion because they are concerned about the 487,000 acre-feet of their water being sent downstream to flush salmon over the dams in Washington. That’s water that can’t be used by Idaho agriculture to irrigate crops or recharge our aquifer.

Have you made changes to the initial plan since the first announcement, based on feedback from agricultural stakeholders?

Simpson: As I mentioned, I did not get a lot of feedback on the specifics of my plan from stakeholders. However, there have been a few developments since my announcement.

On the energy side, there is a growing number of large-scale wind, solar and battery farms coming online and in the queue for the Northwest.

On the transportation issue — getting grain from Lewiston and downstream ports to the Tri-Cities — electric rail is advancing much faster than even I expected. Companies such as Caterpillar are now producing battery-electric locomotives and supplying them to Union Pacific. I have said that these will be the answer to protect low-cost carbon free shipping of grain between Lewiston and what could be a new regional high-speed barge loading agricultural transport hub in the Tri-Cities.

What is the status of your plan today? What is the path moving forward?

Simpson: What I am seeing is that others are using and building from my plan. The (Sen. Patty Murray and Gov. Jay Inslee) report highlighted many facets of my plan and their recommendations included key components that I laid out if we are to recover salmon and protect all stakeholders.

Simpson: If you boil their report down to a few words, they said it is very possible, very expensive and cannot be done until the energy and stakeholder benefits are replaced. That’s what I said, except that I believe it can be done now and paid for at less cost than the $17 billion we have already invested in unsuccessful salmon recovery and the many billions more we will be spending as they come closer to extinction.

What’s interesting is how differently their report is being viewed, especially their statement that “now is not the time.” Many dam supporters seem to be taking a long-term view that “now” means breaching will not be on the horizon for decades and are applauding Senator Murray and Governor Inslee. The tribes and conservation community seem to be taking a short-term view that “now” means as soon as replacements benefits are figured out the dams can be breached within even the next decade, and they too are applauding the senator and governor.

I’m concerned that the Murray-Inslee report drops the guarantees I insisted on for protecting Northwest agriculture if the dams are breached. We must halt Clean Water Act and Endangered Species Act litigation for 25 years if we are going to get farmers, tribes, conservationists, and states working together to improve Northwest water quality and quantity. There is also no mention of my plan to lock in and end litigation against all Northwest dams. They seem to be focusing on solving a lower Snake River salmon problem. I believe we need to solve the whole Northwest salmon problem instead of allowing the litigation target to move to another group of agriculture.

What, in your opinion, is the likelihood of eventual breaching of the Snake River dams? When might this occur?

Simpson: I will be very surprised if the dams are still operating in 15 to 20 years. If salmon extinction lawsuits and politics don’t force the breaching issue, the warming climate may do so by itself.

Witnessing the current crises in the West on the Colorado River, the Great Salt Lake Basin, the Klamath Basin shutoffs, and now conflicts on the Upper Snake Basin — if people think these four dams will be immune from impacts of a warming climate, I think they are gravely mistaken or ignoring realities.

At some point in the coming decades, the dams may not even function as intended due to water volume issues from loss of snowpack or ancillary issues, such as the clogging of navigation channels from continued silting from the devastating forest fires we see in Idaho and Oregon. A federal judge can’t force the breaching of the dams but can halt the Corps’ dredging operations.

What is the likelihood of Congress approving dam breaching?

Simpson: I believe that Congress must authorize the breaching of the dams. I do not see Congress acting unless the benefits to the stakeholders have been replaced.

The wild cards in my mind are the federal courts. We saw 9th Circuit judges in the Spotted Owl Wars shut down the Northwest timber industry in the face of very powerful Northwest politicians. The Klamath Basin farmers have not fared well, and I don’t see anyone coming to their rescue. If dam removal is not an option and the salmon fail to recover, I can envision scenarios where judges are picking winners and losers up and down the Snake River Basin.

Please talk about the importance of this issue for you.

Simpson: Idaho salmon are incredible creatures and do not deserve to be forsaken. When salmon are returning to Idaho’s rivers in abundance, we will know we are doing things right. As I have said many times, man can find a way to do all the other things on the river, but salmon need a direct path to the ocean. Salmon on the John Day and Yakima rivers seem to be able to cope with three and four pools behind the Lower Columbia dams, but the four additional pools of the lower Snake River dams are four too many.

Is there anything about your plan that agricultural stakeholders are misunderstanding?

Simpson: It’s less a misunderstanding and more not recognizing the opportunity that may have been missed. My plan viewed the lower Snake River dams in terms of the “benefits” they produce to stakeholders. We can replace the benefits of the dams, but we cannot replace the salmon.

Any message to farmers?

Simpson: I fear the bullseye is going to move from the four dams in Washington to the water in the Upper Snake River Basin. As we saw, Northwest politicians had no appetite to roll their sleeves up and solve the lower Snake River dam issue once and for all because it affected so many stakeholders. I worry it may now fall on the backs of Idaho farmers in the Upper Snake Basin who currently send 487,000 acre-feet of water down the Snake River for salmon.

We are in serious drought conditions now and in 2034 the current Snake River Basin Adjudication will expire and there will likely be even more demand from tribes and conservationist for our Upper Basin water. The day will come when our farmers finally say, “Enough, we can’t send any more water downstream to flush salmon through the four Lower Snake dams.”

The Upper Snake River Basin is very dry, and we need to immediately begin increasing water storage, expanding groundwater recharge, and enhancing water quality. It’s going to take a lot of work and funding, and I will expect the politicians in Washington and Oregon to step up and help us protect our upper basin water since the water we send downstream benefits their states.

Anything else I should be sure to include in a story?

Simpson: You didn’t ask about the Northwest tribes who have treaties dating back to the 1850s. During this process, tribal members have told me they’ve had a gut full of being taken for granted on two of the issues that matter most to them: water and salmon. I would caution agriculture and energy producers of the Northwest that going forward they should not expect it to be business as usual with the tribes. I think the tribes are done with the historic practice of the federal government, Bonneville Power Administration and states treating them as junior partners when it comes to Northwest water, energy and salmon recovery.

Lastly, I want to make clear I believe we can save salmon and protect farmers and all stakeholders without having to pick winners and losers. My plan would give salmon their best chance for survival while giving stakeholders significant resources for them to maintain the benefits they currently receive from the dams on their terms and in the manner they chose. Working together we can return salmon to their historic abundance and keep all of agriculture and other stakeholders whole.