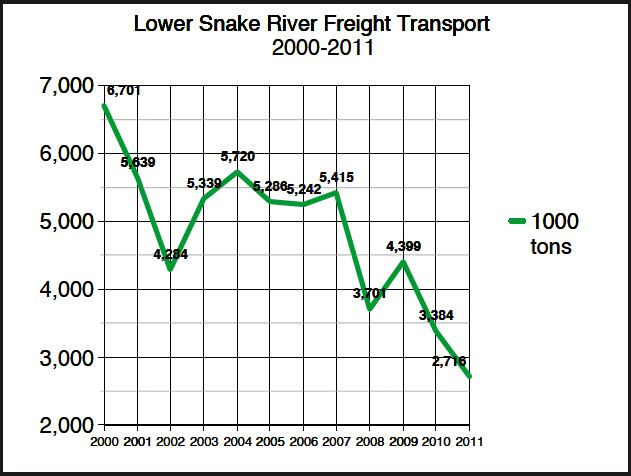 The Corps dragged its feet for years to honor a settlement with fishing and conservation groups where the agency agreed to develop a long-term plan for addressing the sediment piling up behind the lower Snake River dams.  The final plan fails to honor that commitment.

"The Corps wasted nine years and millions of dollars in an attempt to justify dredging as usual," said Steve Mashuda, staff attorney with EarthJustice.  “And even then the Corps ignored evidence showing that continued dredging costs taxpayers more than it returns in benefits and harms our salmon.  Few problems can be solved by digging the hole deeper, and yet the Corps failed to consider or adopt any other alternatives -- including dam removal -- to continued dredging."

Container shipping on the lower Snake River has declined more than 70 percent during the past decade.  Today barge traffic on the lower Snake waterway contributes only 4 percent of all shipping on the Columbia and Snake Rivers combined.  Yet the Corps is proposing to spend millions of taxpayer dollars on a sediment plan focused on the interests of the Port of Lewiston and barge users.

“In an era of shrinking federal budgets, we can’t afford to continue wasting millions on the lower Snake – especially when scarce infrastructure dollars are required on the far more valuable lower Columbia River waterway,” said Sam Mace, Inland Northwest Director for Save Our Wild Salmon.