Salmon are a National Treasure 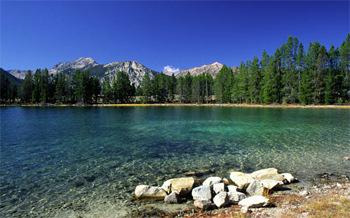 Wild salmon and steelhead of the Columbia and Snake Rivers are a treasure to our nation and the Northwest’s ambassadors to the world. Their epic voyage – traveling from a mountain stream to the far reaches of the Pacific Rim, only to return to that very stream in which they were born – is symbolic of the journeys we all make.

Yet these majestic fish cannot be reduced simply to symbols and icons. Salmon are essential to the economy, culture, and ecosystem of the Northwest. For centuries, wild salmon have supported rural communities and tribal cultures, stable jobs, world-renowned fishing opportunities and healthy food along the Pacific Coast and the inland West.

Salmon also act as a barometer for the Northwest ecosystem – their abundance describes the health of rivers and forests in which they flourish – their decline points to the challenges we face in restoring our backyards. In the Columbia-Snake basin the barometer points beyond decline and into crisis. Today, all runs of salmon and steelhead on the Snake River are either extinct or listed under the Endangered Species Act. The clock is ticking for these fish.

Right now, four outdated dams on the lower Snake River are holding back solutions to the crisis affecting salmon, salmon-dependent communities, and taxpayers nationwide. These four dams severely limit access to thousands of miles of pristine habitat that provide salmon the best chance at survival in a warming climate. After nearly $11 billion in US taxpayer and Northwest ratepayer dollars spent on ineffective and illegal programs, the effects of this crisis can be felt across the country. The federal agencies in charge of managing this watershed continue to ignore the underlying fact: partial removal of the four lower Snake River dams is the best and most cost-effective way to recover wild salmon to abundance.

It is not too late to restore a free-flowing Snake River and recover wild Snake River salmon for generations to come. The time is now: add your voice today.

Salmon and steelhead represent a critical ecological nutrient link between our oceans and our rivers and streams and forests and wildlife. Here’s how: Wild salmon hatch from eggs in freshwater rivers and streams. While still small and young, they migrate downriver in the spring to the Pacific Ocean. Depending on the species of salmon (Chinook, coho, sockeye, chum, keta), they spend 2-5 years in the ocean, growing large and strong in preparation for their eventual journey back up river to the river or stream where life began.

Each year in response to lunar and solar triggers, adult salmon leave the ocean and begin a long migration back to spawn the next generation and die. Though just a few remain today, Snake River salmon make the longest journey – traveling nearly 1,000 miles and over 6,000 feet in elevation to return to Redfish Lake, their ancestral spawning grounds.

Not long ago, before any dams were constructed, up to 30 million salmon and steelhead would return in any given year. This migration delivered every year hundreds of millions of pounds of high quality nutrients or fertilizer to the landscape and wildlife of the Pacific Northwest. A recent study documented 137 species that benefit from and utilize the ocean-origin nutrients that salmon deliver. Eagles and other raptors, bears, wolves, coyotes, a plethora of insects and aquatic species. Minerals from the ocean have been detected in the leaves at the tops of trees.

The severe Pacific salmon population declines in the Columbia Basin have cut off this once-massive delivery of nutrients from the ocean. This has in turn reduced the productivity of the region and impacted the diversity and size of wildlife populations. Restoring wild salmon and steelhead would reconnect this ancient connection between land and sea, and again feed the people and wildlife of the Pacific Northwest.

For centuries, salmon have been an integral part of the Pacific Coast landscape, supporting marine and terrestrial fish and wildlife populations, and sustaining human cultures and economies. The tribal people of the Pacific Northwest have often been referred to as “salmon people”. Since time immemorial, salmon have been a central component in their cultures, diets, spiritualities, and economies. When Meriwhether Lewis and William Clark descended starving to the banks of the Snake River in what is now western Idaho, it was salmon provided from Nez Perce that revitalized them. As Europeans arrived later in larger numbers, salmon served as a very important natural resource that supported families as a delicious, high quality source of protein to be eaten, traded, bought, and sold. Like its rivers and forests, salmon are valuable part of the unique wealth of the Pacific Northwest.

Not long ago, when populations were healthier, Columbia and Snake River salmon and steelhead supported directly and indirectly hundreds of thousands of jobs across the western United States. These jobs connect to commercial, recreational and tribal fishing, and the manufacturing, gear, and services that support them. In the 1980s, the west coast salmon industry included more than 80,000 people and was valued at over a billion dollars annually. Today, as a result of the severe salmon declines from dams and habitat destruction, fishing opportunities are severely restricted and coastal and river communities are struggling to survive.

Wild salmon is also one of our nation’s last great natural foods. It is low in calories and saturated fat, yet high in protein. Salmon contains a unique type of health-promoting essential fat called omega-3. Omega-3 in one’s diet helps minimize the risks and/or effects of heart disease, diabetes, some types of cancers and arthritis, and stroke-causing blood clots. Farmed salmon, which lacks the health benefits of wild-caught fish, degrades our coastlines, and harms the health of the natural species, is not a comparable or acceptable alternative.

Restoring Snake River salmon by removing four costly dams represents of one our nation’s best opportunities to recover an endangered species, revitalize fishing communities, and naturally produce one our nation’s last great foods that right now is struggling for survival in the “Lower 48”.

Over the last eight years, Bush Administration officials spun a message that salmon in the Columbia and Snake River Basin are doing better than ever and that these fish are actually making their way back from the brink of extinction. However, the reality is much bleaker.

Snake River stocks are nearly as close to extinction today as when they were listed for protection under the Endangered Species Act (ESA) more than 15 years ago. Returns of spring and summer chinook to the Columbia-Snake basin this year fell far below the level needed for recovery for the eighth consecutive year. Fewer than 67,000 adult spring chinook crossed Bonneville Dam this year – that’s 30% below last year’s number (itself a dismal year) and significantly below the 10-year average. Summer chinook returns at Bonneville registered less than half of the 2006 count, and only about two-thirds of the 10-year average. And just prior to the completion of the lower Snake River dams, wild Snake River fall chinook populations reached about 30,000. Since then, these fish have plummeted by more than 90%.

The federal agencies can slice the numbers and spin the data any way they want, but the real bottom line is clear: fewer and fewer fish are returning each year, and the Bush administration has no intention of doing anything new or serious to remedy the problem. It is clear to scientists that status quo river operations will be insufficient to achieve recovery of Snake River salmon and steelhead, and the only measure capable of recovering these fish is partial removal of the four lower Snake River dams.

More on the Science of Snake River Salmon Declines