Clean, efficient, and affordable energy, healthy rivers and waters, and abundant salmon populations – pursued together – will combat climate change and lessen its impact on people and economies and our natural heritage. We can and must chart a path toward clean energy, wild salmon, and a healthy economy and environment. We have more than enough clean energy and conservation at our disposal to meet future power needs, get rid of the region’s coal, AND restore endangered salmon by removing the four lower Snake River dams.

We Can Save Salmon and Build a Clean Energy Future

In February 2010, the Northwest Power and Conservation Council released its 6th Power Plan, which charts the Northwest’s energy course for the next 20 years. Confirming the findings in the NW Energy Coalition’s Bright Future report (see below), the Council’s detailed analysis accompanying the plan shows that the Northwest can meet all new electricity needs over the next 20 years and remove the four lower Snake River dams with very little effect on Northwest ratepayers. In addition, the region can meet its energy needs with no net increase in greenhouse gas emission and no new fossil-burning power plants, but instead can meet these needs with energy efficiency and renewables.

The Council’s plan proves that we can take bold actions to both save our wild salmon and chart a clean and affordable energy future. Our region is blessed with ample, affordable energy conservation and renewable energy resources to serve power needs and fulfill our climate responsibilities, while reviving our salmon economy and creating thousands of good local jobs along the way.

The Council’s analysis, among other things, lays to rest the misinformation that Northwest energy users will be economically devastated if the four lower Snake dams are removed to protect and restore salmon and salmon-based communities. The Bonneville Power Administration, for instance, has long stated that by removing these dams the Northwest would have to provide about 3000 MW of new gas or nuclear plants, causing a rate increase of 20% or more.

However, the Council’s analysis shows that the region would only need to build about 200 MWs of new gas plants and 145 MWs of additional conservation to replace the output of the dams.  The impact on customers’ bills would be somewhere between 2-4% percent if spread throughout the region, refuting claims that dam removal would devastate ratepayers. Indeed, when taken together with the rate impacts of all the actions in the plan, customers' bills are actually expected to go DOWN over the next 20 years, regardless of lower Snake dam removal.  This is because the Council’s plan relies on the cheapest way by far to meet our future electricity needs: energy efficiency measures that save customers both energy and money.

The Council’s findings mirror conclusions in the Bright Future report released last year by the NW Energy Coalition and Save Our Wild Salmon. That report shows that we can have both salmon in our rivers and a clean energy future, and the Council analysis supports that conclusion. Now is the time for Northwest leaders and the Obama Administration to boldly step forward without apology or excuse, and embrace both the salmon restoration and clean energy actions Northwest people and economies need. We can secure a clean energy future, we can remove the four lower Snake River dams, and we can all benefit by doing both.

Light in the River

A Save Our Wild Salmon project called Light in the River, expounds on the belief that clean, efficient, and affordable energy, healthy rivers and waters, and abundant salmon populations – pursued together – will combat climate change and lessen its impact on people and economies and our natural heritage. Light in the River seeks Northwest solutions to global warming that can serve as models for the nation. 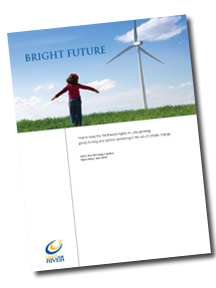 How to keep the Northwest's lights on, jobs growing, goods moving and salmon swimming in the era of climate change.

by the Staff of the NW Energy Coalition
Steven Weiss, lead author

A Great Wave Rising - Light in the River Report, March 2008

by Jim Martin and Patty Glick

The removal of the four lower Snake River dams will provide benefits well beyond the recovery of wild salmon and steelhead.  This crucial action can be part of the larger effort, throughout the Northwest and the nation, to build an energy future that is truly clean, sustainable, and affordable, and to boost the economy with the create of thousands of family-wage jobs. Several studies attest to this fact.

This report by the RAND Corp. examines the implications of alternative power generation technologies in the Northwest. The results are intended to inform both policy-makers and the public about the role of energy efficiency and renewables in meeting future power needs.

Full Text of the Rand Report 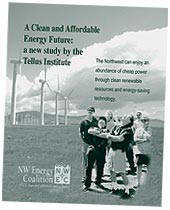 Full Text of the Tellus Study

How much energy do the four lower Snake River dams produce?

How much will it cost to replace that power?

The four lower Snake River dams are relatively unreliable sources of power compared to some other dams in the federal Columbia River system. They are “run of the river” dams with very little storage capacity and are thus almost totally dependent on the amount of snowpack and rate of runoff. While they have a collective generating capacity of 3,033 megawatts, their average yearly output is around a third of that — 1,075 average megawatts (aMWs).

Together, these four dams produce only 790 aMWs of firm power (i.e., the amount of electricity utilities can count on in a drought year). And even that is misleading, since most of that potential exists in spring when the region has a power surplus. When the energy is most needed in winter and late summer, these dams are good for only 425-525 MWs. If Seattle had to rely on the lower Snake dams for its power, it would have electricity shortages much of the year.

To reach the conclusion that ratepayers might have to pay $400-550 million a year to replace the lost power, the Bonneville Power Administration (BPA) calculated the cost of replacing the dams’ power mainly with natural gas-fired turbines — not energy conservation and renewables — and used the cost of 3,400 MWs (almost 400 MWs more than the posted “nameplate” capacity rating of the dams) to replace the 1,075 MWs of power that the dams provide on average. BPA’s costs are at least twice that of energy experts who have analyzed this question and used energy conservation and renewable energy sources as energy replacements.

Indeed, as noted above, the Northwest Power and Conservation Council’s 6th Plan analysis shows that the region would only need to build about 200 MWs of new gas plants and 145 MWs of additional conservation to replace the output of the dams.  The impact on customers’ bills would be somewhere between 2-4% percent if spread throughout the region, refuting claims that dam removal would devastate ratepayers. Indeed, when taken together with the rate impacts of all the actions in the plan, customers' bills are actually expected to go DOWN over the next 20 years, regardless of lower Snake dam removal. 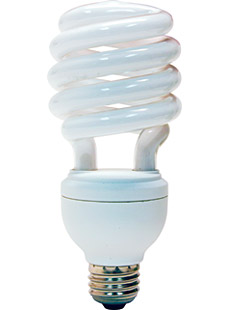 Can we replace the dams’ power with clean energy?

The short answer is “YES!” As noted above, the Northwest Power and Conservation Council’s 6th Plan says the region can and should meet the lion’s share – 85 percent – of new power needs with energy efficiency costing far less than power from any new generating facility. Almost all the rest will be met with the new renewable energy already required by Northwest states. Thus, there will be no need for new coal plants and there would be no net increase in the system’s greenhouse gas emissions.